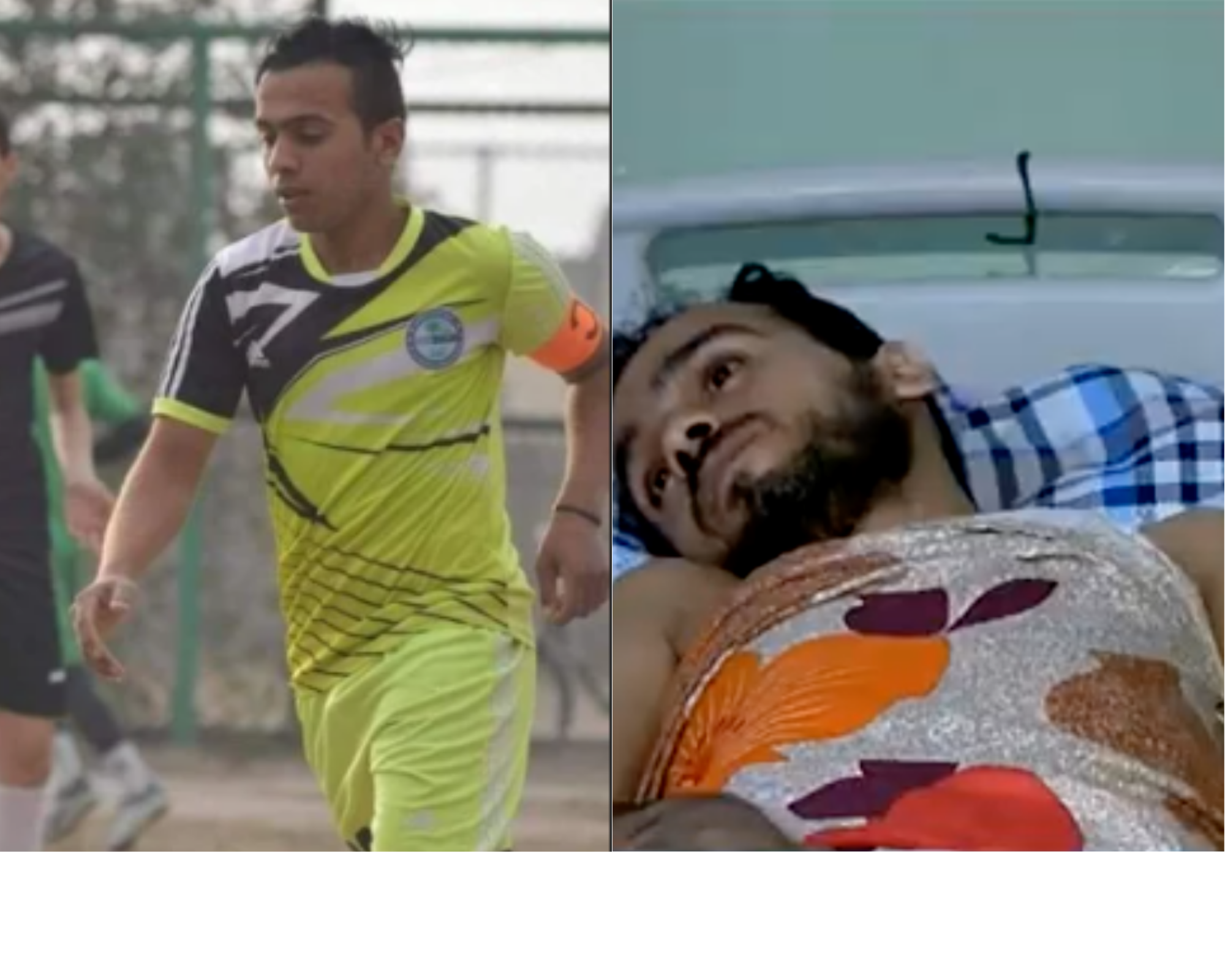 Meet Hazma, a young Iraqi shot in a protest for democracy

Hamza Ahmed, a young man who played soccer and worked in a Baghdad bakery is now laying on the floor, his head resting on a pink flowered pillow, a pink blanket coming up to his neck. His nephew lays his head beside him as his brother holds up the phone so we can see his face. He looks defeated and drained but hasn’t lost all hope, hope that one day he will get treatment that he most desperately needs, but every day that passes is a risk to his life.

In last year’s surge of demonstrations in retaliation of corruption in the Iraq government and poor economic conditions, Hamza was attending to hand out baked goods prepared for the civilian protesters.  On December 17, 2019 Hamza Ahmed was shot by Iraqi police forces while he was assisting protestors evacuate the streets.  The bullet struck him in the neck causing him to become paralyzed from the neck down.

Hamza has not been able to obtain adequate treatment or surgery in Iraq, where the conditions of the hospitals he was admitted into did not permit the kind of specialist care that he needs. The Iraqi government views quadriplegics as “lost causes” and refuses to assist in paying for medical treatment or even the transfer of Hamza out of the country to a facility where his family requests that he receive treatment.

Surgeons who have heard of Hamza’s condition are showing him support, like Dr. Salah, the professor of surgery from University of Glasgow & Edinburgh in Scotland, who says “if he goes to France, I can visit and advise him.” Dr. Ali Dakheel Al-Asadi, a consultant vascular and general surgeon from the UK sympathizes and shows his concern for Hamza while criticizing the Iraqi government. Al-Asadi says “He should not have weakness in his arms, septicemia, or tracheostomy. This is bad management, he should not die. Hamza needs a good spinal unit surgery and rehabilitation so he can recover reasonably well and live a good life after that. I totally support this young man. He deserves better treatment.”

Hamza is not a lost cause. There is treatment that the doctors outside of Iraq can provide him.  He could also benefit from more skilled care and equipment at his home. Hamza and his family do not have the resources for any of this. We are asking for your help. 100% of the donations will go to transferring Hamza’s care, transportation and medical treatment. Please help Hamza in the fight for his life.

Hamza isn’t the only Iraqi suffering from the harsh government forces in his country; Iraq’s democracy has been threatened constantly and consistently over these past years. The former prime minister, Adel Abdul-Madi and Interior Minister, Yassin al-Yasiri, have committed crimes and encouraged brutality against their people. To hold them accountable for their crimes against humanity, add your name to the petition on change.org: http://chng.it/Dd9nmj9xF4

Published in Featured and Iraq