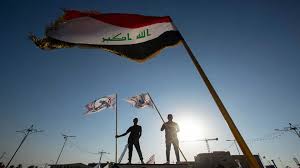 In the busy streets of Karada (a popular city in Baghdad) on November 26, a group of armed, masked men were seen raiding a massage parlor known as the Shilan Massage Centre and wreaking havoc in the store. Released security footage shows the group of armed men entering the Jabal Beirut Hotel (which housed the massage parlor) and violently escorting men and women outside with batons onto the streets, pulling at their hair to inflict even more injury, the victims were unfortunately subjected to a series of beatings by the group before they were able to flee.

Attacks and raids such as this are, unfortunately, not an uncommon occurrence throughout the Middle East since after the established terrorist group known as ISIS fell, with many of its leaders and generals taken care of, the group, as a whole, went into much disarray and collapsed. In its place, many other groups formed to establish dominance over the various cities, citizens, and governmental entities for control. However, due to the intensity in the amount that formed, this caused infighting between different groups, which still occur to this day and is responsible, on their own merit, in the destruction of lives and infrastructure in many parts around the Middle East.

One group that was able to rise from this is known as Rab’Allah. The group is one that is rather small in the number of actual recruits, but Rab’Allah, surprisingly enough, has a significant online following among those from the Middle East or those that also share in their ideology. The group uses social media websites such as the Telegram to post blunt, inflammatory declarations on areas where they will strike, with the comments seemingly being positive.

The Shiite group has also been at the helm of much controversy for them being accused of committing arson on the official headquarters of the Kurdistan Democratic Party. The group is also stated to have been responsible for the shooting and the wounding of an Iraqi activist and for the murder of two journalists during the 2020 government protests, and other incidents that cost much from the citizens in these areas.

Since then, they appear to be, allegedly, targeting businesses around the Iraq and Iran area. The footage shows members of Rab’Allah grabbing at the hair of two migrant workers before beating them down. The act in it of itself may have been due to the location of the hotel. Karada is an area known for its cultural diversity in people and their establishments, that are owned by people of different religions, and the amount of churches and mosques that surround the area. There is also the fact that the store served as nearby brothels and is usually speculated to have included prostitution services, acts such as these are seen as infidelity in Islamic cultures, which is a heavy taboo. Whichever the case may be, it prompted Rab’Allah to strike, stating the reason to do so is by defending the liquor stores and the parlor from: “seeking to corrupt the young in a dirty goal set by the United States and Israel.”

However in an ironic twist of fate, Rab’Allah completely switched their position later on and took a light-hearted approach stating: “The existence of these centres is considered social corruption, but they must be removed by legal methods or peaceful popular methods.”

As of now, it seems that Rab’Allah is in hiding, but may strike to instill more fear onto the general public.