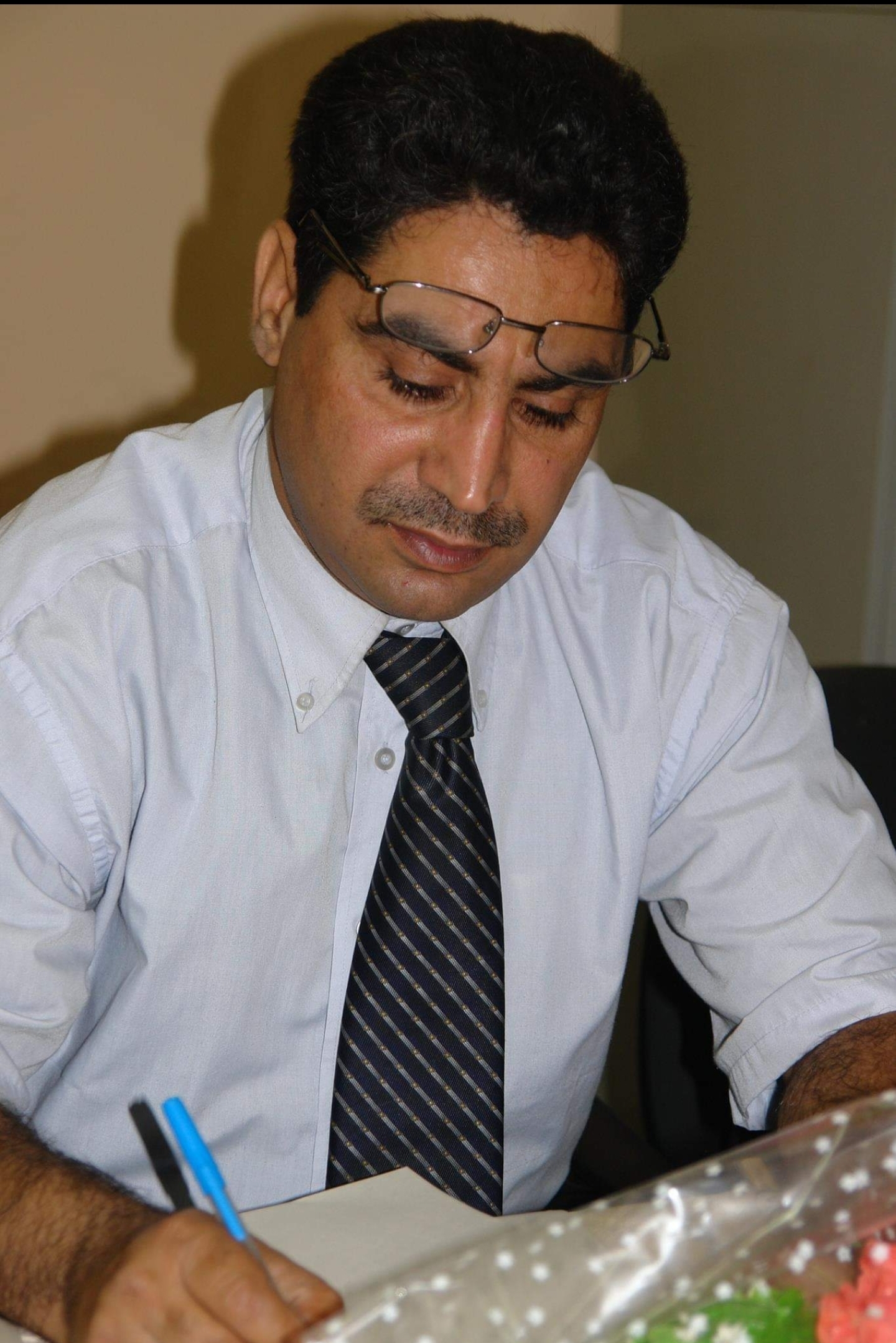 Al-Qabbanji: A brave voice against captivity

The following article was written by Tawfiq al-Tamimi in 2013, here translated from the original Arabic. It is the only full-length article we have been able to find of his since his kidnapping in March of 2020. al-Tamimi here is defending the right of a reformist scholar to speak against fundamentalism. Al-Qabbanji was subsequently released from prison. Tawfiq al-Tamimi has not been seen since his disappearance.

We may agree or disagree on the strengths and weaknesses of Professor Ahmed Al-Qabbanji’s cultural and cognitive project, its cohesion or looseness, or our accordance with him and his vision. But we must admit that his project constitutes a prominent milestone in our Iraqi cultural scene after the fall of the dictatorship and its fascist Bedouin regime. The demands for Professor Al-Qabbanji’s liberation from the Iranian prisons must include a continuous call to protect freedoms, as it is a chance to clarify the most prominent features of this distinctive cultural milestone, some of which are outlined in the following points:

Al- Qabbanji is considered to be one of the few who have stood up to the religious institution and its men. He should not take the blame for trying to correct this institution and revealing its faults and corruption to their followers and to the public, despite the revered position the institution holds. Al-Qabbanji is a link in a series of strangers who confronted a religious institution that is clearly filled with nonsensical curricula inherited from the nineteenth century. This curriculum has prevailed in workplaces and schools. But that did not prevent the emergence of a small number of intellectual and cognitive competencies throughout history ever since the establishment of this institution.

Al-Qabbanji lines up as a stranger in my critical project with the alienation of Mohsen Amin al-Amili, Abdul-Hussein Kashif al-Ghita’, Muhammad Baqir al-Sadr, Muhammad Jawad Mughniyeh, and many other people in the series of reform and enlightenment who met what Al-Qabbanji had met – defamation of ideologies and falsifications of their principles from within the religious institution and outside of it. Such hateful acts are the price of courageous voices facing intellectual ugliness and ideological calcification, which thrives in religious institutions and their dependents.

Al-Qabbanji proved his stand by not being afraid to publicly communicate his views and ideas to the masses through satellite channels, newspapers and cultural councils, bravely expressing his bold opinions about belief and ritual. Some of these are markedly different from traditional views on the Qur’an, heaven, hell, and the concepts of reward and punishment.

Al-Qabbanji considers the temporal process, necessities of human advancements, and keeping up with international progress to be more important than clinging to certain constants in which faith is not reflected positively on the lived reality that boils over with economic, cultural, and political crises. The religious dilemma and its consequences constitute for one of the most prominent and complicated crises that stand in the way of a civil society that fully depends on organized institutions and keeps at pace with modernization, as is the case in the European Christian and Buddhist Asian worlds. These regions have reached advanced levels not only in technologies and accelerating progress, but even in the advancement of their political democratic systems and developed economies. These advancements are proven by data and figures.

Al-Qabbanji’s ideas and opinions didn’t come out of nowhere, or even outside the religious institution, its books and atmosphere. Rather, Al-Qabbanji himself was once a part of this radical institution and a student of its teachings. He was a witness to the two most important scholarly seminaries through the history of the Shiite Shi’ism in Najaf and Qom. Thus, Al-Qabbanji has a comprehensive knowledge and a complete picture of the strengths and weaknesses from within this institution that he later came to criticize. He is not an intruder to the fabric of the religious institution, but a student who dived deep in its history and studied its episodes. Nonetheless, Al-Qabbanji had a dynamic and open mind accompanied by a rare devotion not only to his religious faith, but also to pursuing the truth. The truth that the Sufis seek in their solitude, the scientists in their libraries, the philosophers in their journeys, and all the thinkers in their quest for understanding. This hard truth is a pleasure in itself, and acquiring it is not like any other pleasure for the likes of Al-Qabbanji.

As the truth does not either compromise with the ruling classes or the interests of political bodies, nor does it complement the beliefs of their blind followers, Al-Qabbanji stood defenseless as a stranger against these people, just like other strangers of history. Fired by these bodies, Al- Qabbanji faced arrows of treason, distortion, and slanders to the point of accusations of insanity – all well known to those who stand against the students of such religious institutions, which interpret Al-Qabbanji’s calling as “envy” for their symbols, their loyal followers, and their concepts of enlightenment.

Al-Qabbanji presented a new model for the Iraqi intellectual, characterized by unobtrusive courage and vigor in the face of mistakes and flaws. This model contrasted with the lazy intellectual model, in which the person is satisfied with his destiny, enjoying their isolation in bars and cafes, reluctant to present their true ideas. Such lazy intellectuals would not bother with the aspirations and concerns of their society, nor try to reveal its flaws in narratives that have nothing to do with real development and advancement for the society, or the never-ending calcifications that keep accumulating on top of society’s collective mind.

Al-Qabbanji appeared as a brave man in the eyes of the public, standing up  courageously for his beliefs and publicly presenting his ideas through satellite communication channels, newspapers, cafes and councils. This was in spite of the numerous redlines imposed on these outlets, and the closed doors Al-Qabbanji faced.

Al-Qabbanji was an outstanding Persian-to-Arabic translator thanks to his long presence in Iran, which granted him direct contact and knowledge of philosophical schools. As such, he was keen on conveying developmental and modernization trends in the Iranian philosophical enlightenment project by a series of translation projects. He worked on translating ideas that supplemented his ‘confront the flaws’ conception of revolution against the religious institution. Al-Qabbanji focused on translating works of thinkers such as Abdul Karim Soroush, the theorist behind the prophetic theory of numeration and acquisition for the Iraqi reader; Ali Shariati; and other thinkers of modernity for whom the religious institution has shown hostility and hatred, just like the current hostility against Al-Qabbanji in Iraq.

It is not fitting to briefly mention other pivotal points in the project of Al-Qabbanji, who currently stands captive behind Iranian prison bars, paying the price of his free mind and courageous opinions, and his keenness on enlightenment and applying science and modernity while combating injustice and blindness of all forms and manners. Al-Qabbanji’s struggles constitute a new scandal for oppositions of intellectuals and freedoms across our country and neighboring countries as well.


Below: author Tawfiq al-Tamimi in a recent photo