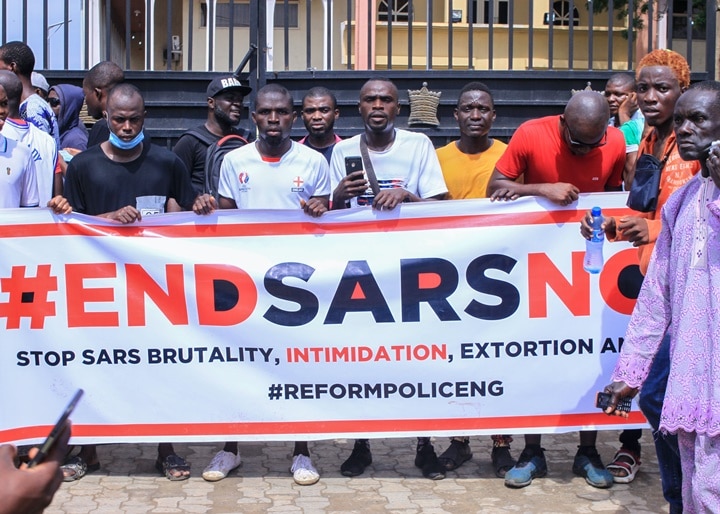 I Have Never Had More Hope for my Country

It was the first time in all my life as a Nigerian that I saw the entire nation gather as one to agree on something; all tribes and different generations agreed that this must stop. Quite frankly, this is something that I thought every Nigerian would be proud of, but it turns out, there were some people who thought the protests weren’t right, that it would be better to sit at home and watch our fellow Nigerians get murdered, so they sent in hooligans and the army to make sure that the people calling out the wrong in our nation were kept quiet and the very sad and gut-wrenching Black Tuesday was born.

On the 20th day of October, armed personnel (which a lot of people present said were the army) opened fire on peaceful protesters at the Lekki toll gate, killing many people and injuring even more. It was a day of intense mourning for many, not only because lives were lost, but because

it reminded us that there are still people in our nation that saw nothing in SARS and what it did.

To make matters worse, the state government began to deny that people died and refused to take responsibility for what had happened.

Amidst all this, a group of people found foodstuffs that were in the house of an Oba (king)  which were allegedly COVID-19 palliatives meant for the community that never got them. Understandably, the people, who had been suffering from hunger, were angry and looted all the foodstuff from there. Then, more supposed palliative warehouses were found around Lagos, then in other states, they were looted also.

Soon, people began stealing all types of things from all sorts of places. To be honest, this is where I got confused myself because, amid all the lootings, there were also groups of people perpetuating violence in major cities around the country. Buildings were being burned down and people were losing their lives and properties (there was even one horribly staged jailbreak).

What followed was a nationwide curfew and governors asking culprits to return what they had stolen. In Cross River state, there was even door-to-door checking for the stolen items. Shockingly, some of the stolen items were actually returned.

If you’re reading this article and you have actually been following what’s been going on, you’ll notice I skipped our president’s address in the timeline of events, that’s because it is, in my opinion, irrelevant. He just sat in front of a camera and read a few words to console himself and his administration that all is fine when it clearly isn’t. I guess the only important part of that address was when he told us to be quiet because protesting is “undermining national security and the law and order situation” and “this will not be tolerated”.

I guess he keeps true to his word on that account because sometime last week (or was it this week? I forget), the accounts of the suspected promoters of the endSARS protests were frozen by the Central Bank of Nigeria under the order of the federal high court; the CAC attempted to suspend the license of a particular organization affiliated with the endSARS protests, but wound up suspending another unrelated organization with a similar name; and several lawsuits have been filed against supporters of the protests — including Twitter!!!

This is where we are right now, so you can’t think that we are okay. Far from it actually, because there are many parts of the country currently dealing with food shortages, and prices of basic food items like onions, tomatoes, rice, and the rest have skyrocketed to more than double. Everywhere and everyone has been affected by the endSARS protests.

BUT I have never had more hope for this country than I do now. Granted, the country is in a state of disarray at this very moment, but it is charged up. It is gradually letting go of that “las we go dey alright” mentality; people are not just waiting for things to happen to them anymore; people are not just angry but putting that anger to some use; people are seeing that the country isn’t supposed to be as it is and that it really can change; people are seeing that we don’t deserve what we get and are finally willing to hold the leaders accountable.

Finally, young people have hope for the country and it is freaking amazing!