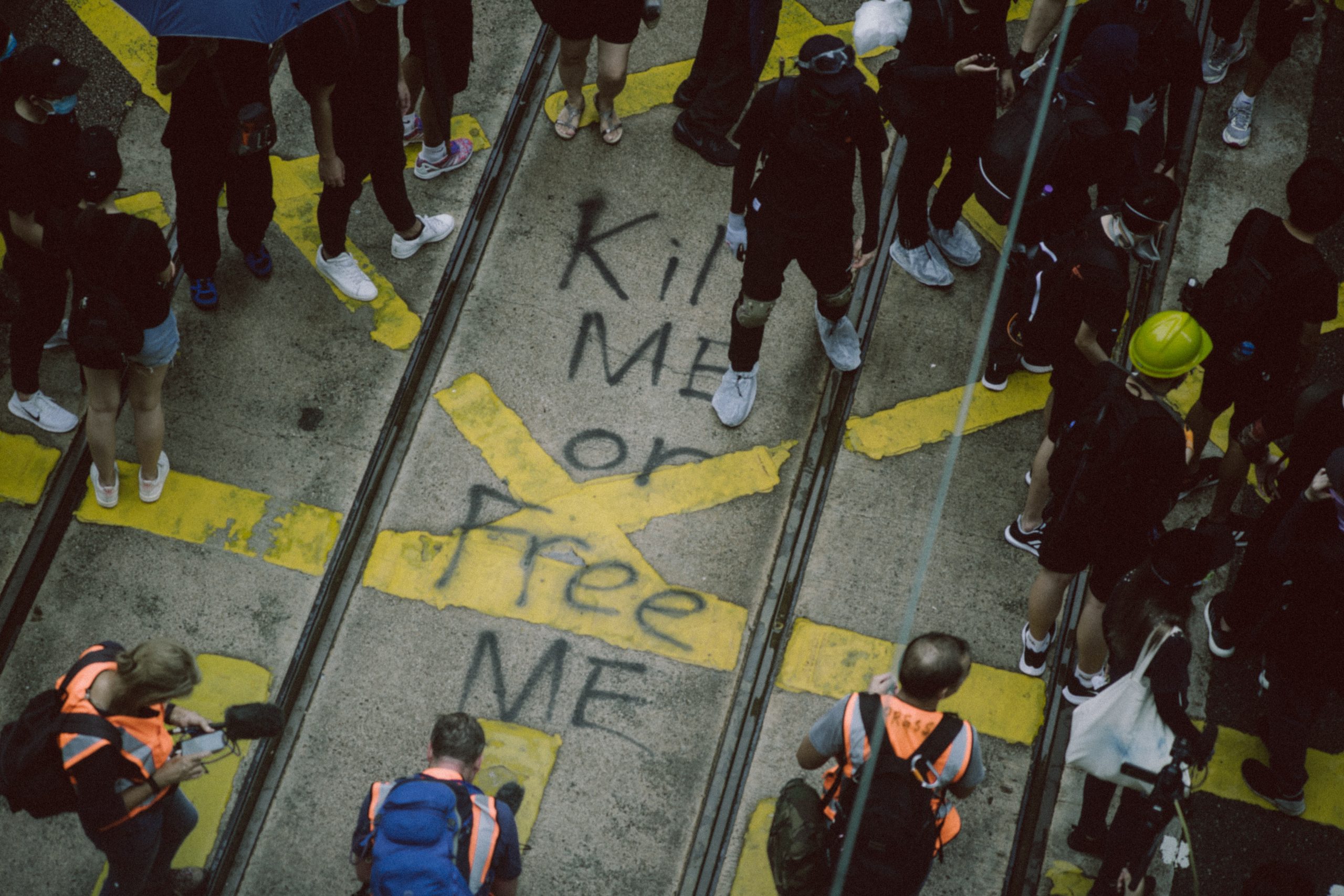 China, the breakdown of a social protest

China- For a century, the Chinese state has prospered; for better or for worse. Yet, the introduction of China’s ‘no-COVID’ policy in 2020 has halted their vast economy and regulated much of the world out from the regular struggles that the average Chinese citizen goes through. Hong Kong, a former British territory, has vehemently protested China, and now the people are protesting in the same way on the mainland. They cite jobs, government discontent, and a recent fire in Urumqi that killed 10 people in the wake of COVID policies as their reasons to mobilize.

An Expert Joins Us

The struggles of the Chinese citizen are mounting under COVID; in response, the government has recently relaxed some restrictions on civilians. In an interview conducted with an expert on Chinese economics and politics, the expert cites the breakdown of the social contract as the main reason for the recent protests; “The people gave up their control in exchange for security…the Chinese government went to great lengths to take advantage of certain events like COVID and tried to exert more control and influence over people’s daily lives.” This exchange of power for security has worked well for China in recent years. However, the economic downturn has created unemployment due to the COVID policies. Unemployment has been at an all-time high among the youth with 18.7% in August and the lowest annual economic growth since 1976 (CNN). This, concluded the expert, was one of the many reasons for the protests; ”Because of the highly restrictive COVID policy the economy has started to lose steam,” he continued, “and the economy formed the basis of the social contract that the government had with the people. Which was that you wouldn’t have a lot of freedom, but you’d have a lot of opportunity.”

The struggles stretch farther than that. He explains, “The classmates that I had, they had to jump through so many hoops. I don’t think anyone went back for holidays or Chinese New Year, with all the protocols to get back into the country,” he later elaborates how he has been sent, through VPN, first-hand accounts of these policies; “They seal your room, and you do feel trapped essentially.” The Urumqi fire also caused massive online backlash and prompted many protests in other parts of China (The Washington Post). The relative peace that the government faced through most of COVID was now over.

I asked what he thought was going to happen with the relaxing restrictions. He responded that; “From my perspective, I don’t think there’s any way the Chinese party can win from this…very few elderly people are vaccinated…and even the people who are vaccinated have very ineffective vaccines.” There is a  danger in relaxing all of the restrictions in China. Many of the elderly in particular remain unvaccinated, with just 65% fully vaccinated and only 40% with any kind of boosters (The New York Times). With threats like Omicron, the idea of opening up may cause many more deaths; but without it, China may risk more backlash in its economy and from the media.

There is a lot more to the issue than just the political aspect in China. In one interview I conducted with a citizen living in China for over 17 years, he stated; “In general, people have been okay with what has happened and kept safe for the most part…However, there has to be some level of control and rules in place for that to happen.” He went into  more depth with a look into his daily life during the restrictions; “Typically, you take a COVID test once a week for a green code on your phone, and you basically can’t enter any restaurants or any establishment without the green code.”

I asked what his personal experience had taught him about the recent protests. He responded that; “The protests have been happening because three years is a long time you know…Different cities have different rules. So certain cities started to make the rules tougher, like you might need to be tested every day, or if you got a yellow code, you had to be quarantined immediately.” He went on to describe his personal experience when he was in Shanghai; “It went into lockdown early this year for 3 months and once people came out of it, they started expecting things to start loosening up but they weren’t loosening up.” This, he claimed, was “in the end” what sparked the protests. “Nonetheless, there were many other factors” he explained. “There was a lot of economic impact on different types of people that frustrated them.”

He elaborated more on the subject of the lockdown; “When the lockdown happened, it was sudden, and we asked ourselves; ‘What are we doing now?’…A lot of people couldn’t leave their apartments, and we were wondering what to do. Typically, you would create a WeChat group with everyone you live within the apartments and chat with everyone in that group.” He explained how instead of this becoming a negative experience, it became a little more positive for him; “It was the first time that I got to know all of my neighbors very quickly over a few days because we were figuring out how to get food and all these various issues that we had.” He described how one person might be quarantined and unable to get certain food items like milk, so another person could go out because of their green code and get it and bring it to their doorstep. He said there was a lot of coordination between everybody in this way; “It became a positive experience because I got to know a lot of people, people were helping each other, figuring out how to get things.” He added; “However, I know it’s not the same for everybody.”

Hong Kong was one of the early bases for protests against the government. In 2003, it started with protests against the national security reform, in 2014 with the Umbrella movement, and in 2019 with the protests against extradition laws (TIME). The citizen I interviewed offered a different perspective because of his close connection to Hong Kong and his many friends. He stated “Every protest around the country had different reasons…All of my friends from Hong Kong did not like the protests because the protests were done mostly by the younger generation…people that were teenagers or those that were in their early 20s.” He stated how he could understand their struggles and some of their gripes such as housing prices and how they have been rising in the past few decades. The prices limited young people from getting adequate housing and even forced many into debt. The social identity, from what was stated, was different in Hong Kong than on the mainland so there was a bit of a difference in values and ideas among them.

However, when I asked the expert about this, he discussed the history of Hong Kong saying; “A lot of people from Hong Kong have a lot of British customs…Because they were a British colony, they established a lot of western banking systems and organizations…” In this same vein, he states that; “There is a little bit of a culture clash.” Furthermore, Hong Kong’s identity was different in its sentiment too. He stated; “According to one of my friends, there is a growing sentiment of xenophobia toward people who speak Mandarin as many do not want to turn into China, they do not want to relinquish the freedom that the British gave them.”

After these interviews, I set out to find an answer as to how we could alleviate and support the struggles that the Chinese people were going through. The response was the same on both sides: As the expert says; “I would say to people, read up as much as you possibly can…there are a lot of really great podcasts on Hong Kong and China,” he continues “follow those Hong Kong dissenters on social media, they know more about what can help than I do.” The Chinese citizen, whose identity is to remain anonymous,  responded; “Both sides tend to generalize things and make the other side look evil…You have to understand each [issue] and what drove it…that would be my general opinion: you have to understand the background and the history and what’s driving each thing.” As a last thought, he added; “The answer is never simple.” One thing remains the same through these different interviews and perspectives: we should all try harder to gather more information, learn more about the current circumstances, and understand the people and issues surrounding China in the world.

All information on the identity of the persons interviewed will remain in anonymity, due to the sensitivity of the subject matter.

Stevenson, Alexandra. China Says It Will Do More to Vaccinate Older People Against Covid. The New York Times, 29 Nov. 2022, www.nytimes.com/2022/11/29/business/china-covid-vaccinations.html.

Published in China and Hong Kong