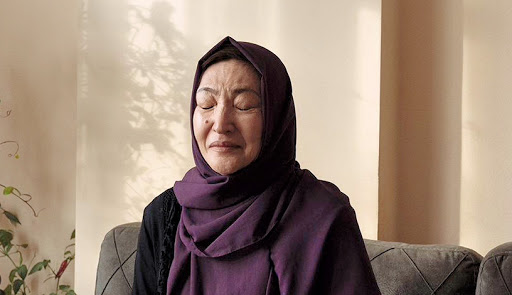 The Sexual Abuse of Uyghur Women

Since 2017, more than a million Uyghurs have been detained in the Xinjiang region, in centres qualified by the Chinese government as “vocational training centres”. Under the guise of countering extremism and terrorism, these centres are aimed at eradicating the Uyghur culture in two steps: by forcing detained individuals to renounce their religion (Islam), language, and culture; and by conducting forced sterilization on female detainees. These centres are home to horrific abuses, with detainees being beaten, drugged, deprived of food, and exploited for cheap labour.

Outside of the centres, individuals living in the Xinjiang region are under constant and extremely high surveillance. There are also reports and evidence of Uyghur women being systematically and forcibly sterilized. In addition to this, Uyghur women in Xinjiang are victims of sexual abuse by Chinese officials.

Rape and humiliation in detention centres

Testimonies of ex-detainees confirm that Uyghur women in Xinjiang’s “vocational” camps are routinely subjected to acts of sexual violence and humiliation. In a chilling letter, a former guard at one of Xinjiang’s detention centres described how girls were chosen by guards and taken to a special room where they proceeded to rape them. There have also been several accounts of guards forcing detained women to watch while they take turns raping one of them. Those who refuse to watch are reportedly taken away by the guards, and never reappear.

Observers have highlighted that sexual violence has previously been used in “transformation through education” camps elsewhere as a method of “re-education”. Other methods of humiliation include forcing women to strip naked and squat up and down in front of guards.

The wives of Uyghur men detained in internment camps receive visits from male government officials to monitor them, and are forced to “share a bed” with these officials. Chinese authorities deny any sexual abuse, and affirm that these men are simply sleeping in the same bed. Yet, Uyghur women cannot refuse, or else they face detention.

There are extremely few accounts of these practices from Uyghur families, as they live in constant fear of repression. Whether or not the officials do carry out sexual acts, this is a particularly sinister form of harassment destined at controlling Uyghurs’ lives and destroying their identity.

Published in China and Uyghurs