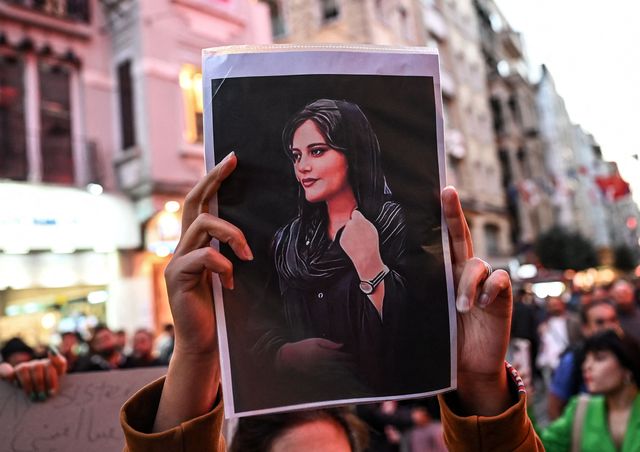 In the beginning days of March 1979, mere weeks after the conclusion of the Iranian Revolution, tens of thousands of women flocked to the streets of Iran in masses. The reasoning for their assembly did not lay in their desire to celebrate the end of a year-long revolution but to protest a newly instated ruling that made the proper wearing of a hijab compulsory.

As the end of the Iranian Revolution saw the overthrowing of Shah Mohammad Reza Pahlavi and the termination of the Pahlavi Dynasty, it gave power to Ayatollah Ruhollah Khomeini. One of his first actions as supreme leader was rescinding Iran’s 1967 Family Protection Law, which paved the way for the country’s public segregation of women, barring women from particular employment and establishments, and the strict observation of the Islamic dress code—the mandatory hijab ruling. Failure to comply with the new policies, including being seen with “bad hijab”—an exposure of any skin other than the hands or face—was now subject to physical punishment or months in prison.

Iranian women were appalled and infuriated over Ayatollah Khomeini’s decision—revolutions were meant to aid in positioning countries to evolve with a positive progression, not regression through the retraction of civil rights and liberties. Determined to voice their anger and disagreement, over one hundred thousand women gathered and protested in the streets of Iran during a six-day span, which fittingly began on International Women’s Day. Unfortunately, their pleas and efforts went unheard as policies remained in place, with severe crackdowns of the laws significantly increasing within the past fifteen years.

On September 13th, while riding in her brother’s car, twenty-two-year-old Mahsa Amini was stopped and apprehended by Iran’s morality police for improperly wearing her hijab: a few strands of her hair were uncovered. Under the initial impression that she would be detained and attend a short class due to her alleged infraction, Amini was transported to a Tehran detention center. Yet, a few hours later, Amini was taken to the hospital, arriving brain dead, her body ridden in blood and bruises, unfortunately succumbing to her injuries three days after her arrival.

The authorities that brought her in told medical personnel that she suffered a heart attack and collapsed while in custody; however, autopsy reports show no sign of one, and their reasoning does not even begin to explain her additional injuries. As eye-witness reports from other detainees that saw officers mock and torture Amini and opinions from other medical professionals pour in, the Iranian government vehemently denies any role in her death—standing by its position that Amini suffered a heart attack. Though, their scattered account, cover-up, and the forging of Amini’s medical documents tell a different story.

The reaction upon the release of Amini’s death was instantaneous. A series of small protests broke out in Tehran and Amini’s hometown, which grew into widespread protests across Iran and galvanized others in big cities across the globe to hold their own demonstrations. The plea for change and justice is emphatic—many using their actions to voice their grief and frustration. In Iran, women have been burning their hijabs and cutting their hair as a form of protest against Amini’s murder and the government’s policies.

The weeks-long protests, which still rage on, mirror the magnitude and purpose of the protests in 1979: calling attention to the Iranian government’s theocratic tyranny and ordering the dismantling of the country’s austere patriarchal system. The Iranian government’s archaic, discriminatory beliefs and its severe social and systematic oppression of women have made way for a society that continuously fails the women who are a part of it, and the men in power have no intentions of remedying the inequality and its harm.

The government’s direct and inadvertent, like the death of Sahar Khodayari, egregious injury of women puts every woman in Iran at risk, and their further compliance and disregard for the ongoing femicides and domestic abuse of women significantly heightens said risk. The perpetuation of gender-based violence is rampant in Iran. Between 2013 and 2017, “honor” killings accounted for roughly forty percent of all murders in the country, and authorities require the victim’s family to report the incidents and seek retribution. However, since men with a familial connection to the victim execute most of the slayings, charges and harsh penalties are rarely sought. Though, even when they are, the current structure of the Iranian justice system allows the men off with lenient sentences.

The demise of Iran’s systemic misogyny is necessary for the sake of the country’s women. While discussions for reforms of the current laws exist, they typically stall within parliament—leaving the call for modification and action up to women’s rights activists. Their decades-long fight for equality has seemingly left their apathetic government unphased; however, the country’s current situation, newfound solidarity, and the strength of its women through protest may lead to imminent reform. In a piece for The Atlantic, Roya Hakakian, an Iranian writer, called for foreign countries to cease their nuclear aid and additional assistance to Iran to engender further demand for reform. Stating that it is up to the United States and other Western nations to “through actions and not simply messages of support, must show that it cares as much about the Iranian people’s aspirations for freedom.”

Hakakian chooses her words and conducts her interviews with a cautiously optimistic air. “No one can predict how a revolution starts,” she says, “nor can anyone know when one injustice will be what causes a people’s fury to overcome their fear.” This conquering of fear, the solidarity of the Iranian people, and the hopeful urge for assistance from foreign nations may be the key to attaining justice for Mahsa Amini and the millions of Iranian women. The demand for the ongoing protests and revolution is palpable, and fortunately, according to Hakakian, “I think the women are winning.”

An English student with ardent interest and adoration for journalism.