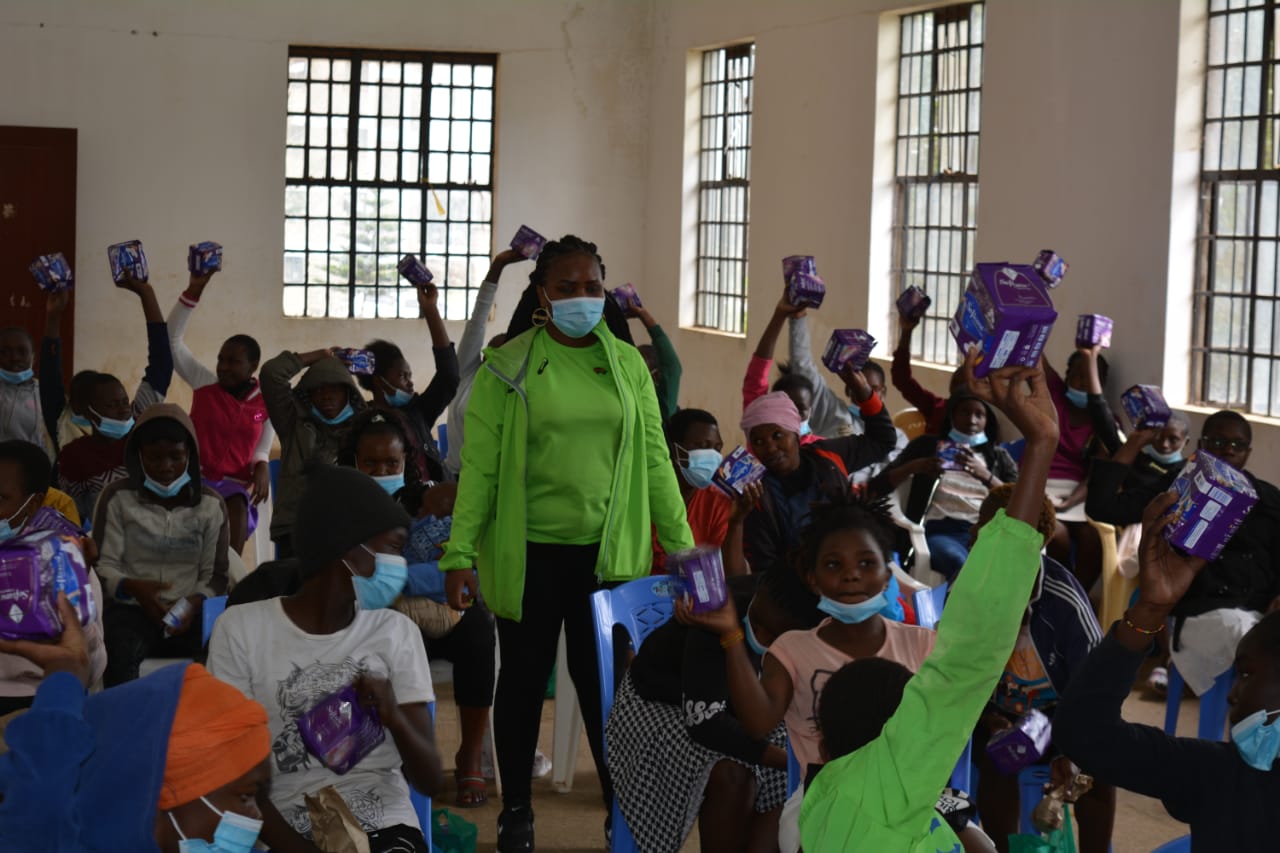 Name of Event: Gender-Based Violence Awareness  for Girls and Women

Take a look at the inspiring testimony of Gitonga Miriam, maker of the event to raise awareness about domestic violence in Kenya and provide food and sanitary supplies to women and girls in that community.

In her own words: “If you can’t be a candle to light somebody’s else world at least be a mirror to reflect it.

Having hosted this Gender-Based Violence Awareness. The event in Kibera for young girls and women. It thrilled my mind that giving is not just a donation, it’s about making a difference that is what we did for Kibera young women and girls. We made a difference!”

On the 11th of September 2021, the event on Gender-Based Violence with the main focus on girl child empowerment kicked off early in the morning which ran from 10 a.m to 2 pm official time in the venue location in Kibera. The event was graced with the area Chief, assistant Chief, Officer Commanding Station (0CS) and the assistant, the speaker of the day, photographer among others. From the notice of the crowd who attended the function, they seemed captivated and enjoyed the day as the speaker was so engaging and tackled the main key points and factors affecting or rather leading to Gender-Based Violence(GBV) and how to overcome such instances and what to do when one finds herself in such situations. The session also had a testimonial from a victim of the same instance who had accompanied the speaker to also talk to fellow girls and give them a word since it would be a good experience and lesson as well being talked to by someone who was once in the same situation.

As the event neared the end, the attendants were served snacks that help them energize themselves as some music played in the background. The presence of the cameraman was not left behind who made sure that the memories were kept in a photograph and not forgotten. At the end of the event, the takeaway wasn’t only the talk from the speaker but also two 2kg maize flour packets and sanitary towels as well to keep them going and motivated. Being the first event held so far, everything went well and was beyond our expectations as the event was successful from the turn out which showed there would be more people than we had on that day.

Thank you to our sponsors WhatsCookin https://join.whatscookin.us/ for supporting this Gender-Based Violence Awareness initiative to help women and girls from the Kibera area be informed about GBV.

We are very grateful for making this event possible.