An Open Letter to Supermicro Computer, Inc. on their Business Ties with the Belarusian Government 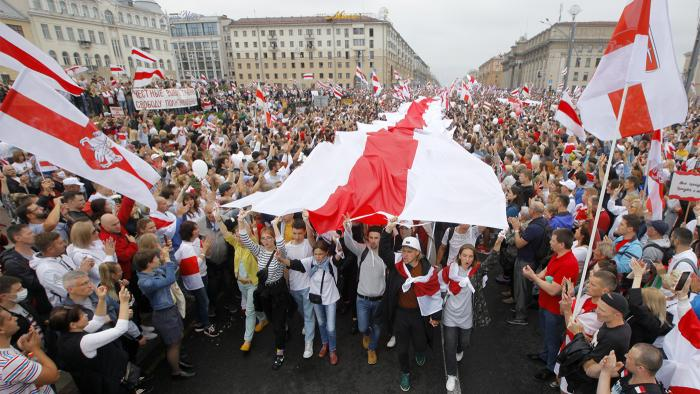 To the Leadership of Supermicro Computer Inc.,

We, members of the advocacy group Raise the Voices, are writing this open letter because it has come to our attention that your company has provided technical services to the Belarusian government. According to reporting from Global Voices “‘Supermicro, an information technology company based in San Jose, California, recently has won a tender with the Belarusian KGB for the supply of their equipment for 100 thousand dollars. Before the tender, the Belarusian community of San Francisco Bay Area sent them a letter about the situation in Belarus and asked them to stop the tender’, an event description of the November 24 protest says.” The Belarusian government website confirms the purchase here(Translation).

As you may be aware, mass pro-democratic protests arose last year at the conclusion of Belarus’s August 9 presidential election. This event was heralded as a breakthrough moment for democracy and freedom, as well as one of the top global events of 2020. People from all parts of society engaged in peaceful protests against the dictatorial rule of Belarus’s president, Alyaksandr Lukashenka. His illegitimate regime has engaged in numerous rigged elections, none of which have been deemed free and fair by foreign observers since Mr. Lukashenka came to power more than 26 years ago. Following this latest election, which he is widely believed to have lost in a landslide based on all available evidence, the tyrannical ruler of Belarus has engaged in violence and abuses against his own people not seen in Europe in many decades.

The atrocities include, but are not limited to, the following:

The Belarusian KGB is one of the most prominent institutions in the same security regime committing these atrocities. It is therefore regrettable that, based on publicly available materials, your firm is actively providing services to such a brutal and undemocratic organization.

As a publicly traded company with a board of directors, it is in accordance with your corporate policy and business philosophy for the firm to adhere to principles of ethics and transparency. It is likewise concerning and lamentable that, by fostering commercial ties with an illegitimate foreign regime, you may be running afoul of federal sanctions against the government of Belarus, which is also likely counter to your company’s internal compliance policies and procedures.

Indeed, the United States government has recently signed into force a law — the Belarus Democracy, Human Rights, and Sovereignty Act of 2020 — that makes Belarus a foreign policy priority not only for the current Biden administration, but also for the European Union and many other governments that are taking a similar sanctions-based approach. Accordingly, sanctions have been reinforced, with new ones periodically being added, vis-à-vis various Belarusian government officials and majority state-owned enterprises, making any transaction with such Belarusian persons and entities respectively a federal and, perhaps, transnational crime.

Please, be informed that we are currently raising this matter to journalists in the worldwide press, as well as to regulators and local, state, and federal authorities, to draw their attention to this situation. To those currently employed at Supermicro, ask your manager what the company is doing to remain in compliance with this act. It’s not only the right thing to do, it is a substantial legal liability for your company.

You can confidentially contact @Raise_thevoices on twitter or email us at testimonies@raisethevoices.org with any information you think would be useful. Thank you for your understanding. Feel free to contact us with any questions or concerns.

Published in Belarus and Open Letters