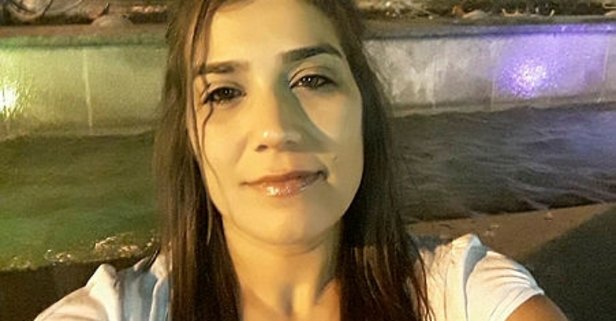 In 2019, 474 Turkish women were killed on account of their gender – or over a woman per day. True numbers are likely higher, taking into account unreported deaths and murders that are regularly disguised as suicides. In just one year, femicide increased by 29% in Turkey, and it is at least 7 times more prevalent today than in 2002, when Erdogan gained power. This steep increase is linked to the conflict between increased social and economic opportunities for women and the conservative, sexist ideals promoted by the ruling party, and responsible for authorities’ systematic failure to take appropriate preventative and punitive measures.

Looking the other way

University student Aleyna Çakır was found dead in her house in Ankara on 3 June 2020. She was 21. Her boyfriend, Ümitcan Uygun, covered it up as a suicide, and, as a result, he walked free. Even though the coroner’s report stated that Aleyna had bruises on her legs and hands, the official medical report supported Uygun’s claim that it was a suicide. Then, a video emerged (filmed by Ümitcan himself) of Ümitcan beating Aleyna until she fainted. After the incident, Aleyna had in fact obtained a restraining order against Ümitcan for a one-month period. On top of this, a neighbour revealed that they had recorded screams right before Aleyna’s death. Shortly after these revelations, Ümitcan’s mother, Gülay Uygun, was found dead from a gunshot in the head. Again, Ümitcan and his father claimed that she, too, had committed suicide. Yet Uygun’s trial, scheduled for the 10th of November, was reported because the judge was supposedly on leave, and Uygun remains free to this day.

This is far from being the only case where authorities have hurriedly classified a woman’s death as a suicide when it was in fact a murder, endorsing a murderer’s version of events. In 2018, 23-year old Şule Çet was raped in an office by two men, one her boss, before she was thrown off the twentieth floor of the building. Here too, the men claimed that she had committed suicide, and authorities accepted this. Only after intense pressure from social media campaigns was the case reopened as a murder investigation, leading to the suspects’ conviction for murder. However, even then, one of the two men received a sentence reduction for “good behaviour in court”. Indeed, it is common for perpetrators of femicide to be granted a sentence reduction based on having been “provoked” by their victim, and even for being smartly dressed in court. Thus even when the judicial system does punish men that have murdered women, it minimises the wrongfulness of their acts, thereby legitimising femicide. A reflection of the decay of a justice system that has lost its impartiality, this systematic failure to adequately sentence authors of femicide leaves little choice to victims’ friends and family but to turn to social media to obtain justice.

However, inadequate sentencing is only part of a larger problem: authorities’ inaction in the face of domestic violence. Authorities’ failure to provide victims with the protection that they manifestly need and respond to violence against women directly contributes to an important number of deaths. Thus, in September 2020, a woman named Tuğba Keleş (see image above) filed a complaint against ex-primary school teacher Erdoğan Küpeli, who was threatening, stalking and harassing her since she refused his friend request on Facebook. This was not the first time for Küpeli: he had spent four entire years threatening to rape and murder a woman who rejected him, Gülay Mübarek, and her family members. Despite seeking protection, Tuğba, mother to a 2-year old, was fatally shot by Küpeli at her workplace twenty days later, on 1 October 2020, after which he proceeded to shoot himself.

This is not an isolated story. In January 2019, a man named Mehmet Kaplan killed a woman named Zeynep Berna Atay while driving drunk and with no license, and walked free. A year and a half later, in August 2020, Kaplan murdered his girlfriend, 17-year old Duygu Delen, by pushing her out of a window after severely beating her. Similarly, a man who was imprisoned for stabbing his wife, Muslum Aslan, was recently released along with other authors of domestic violence in the context of the coronavirus pandemic. Shortly after his release, he beat his 9-year old daughter to death during an argument with his wife, who had filed for divorce. And when Şükrü Şengül’s wife, Döndü Şengül, reported that the man had sexually abused their 8-year old daughter, Şükrü Şengül was allowed to walk free, albeit subject to a restraining order. One month later, in February 2020, Şengül murdered Döndu by shooting her on the street.

By now, a pattern begins to appear. As lawyer Hülya Gülbahar stresses, courts systematically fail to apply criminal provisions designed to deter domestic violence, such as Article 98 of the Turkish Penal Code, which provides for sentencing authors of domestic ill-treatment to three to eight years of imprisonment. In the same way, women’s rights organisations have deplored the poor implementation of Law No. 6284, passed in 2012 pursuant to the Istanbul Convention against violence against women, which provides for the protection of victims of violence and individuals at risk of being subjected to domestic violence through measures such as the provision of a safe shelter, temporary protection, a change of identity, confiscation of weapons, and restraining orders (see here and here). Authorities’ unwillingness to take real, effective preventative and punitive measures is strongly tied with a view that women owe subservience to their partners, brothers, fathers, and male relatives.

A woman who fails to serve forfeits her right to live

The murders described above are tied by a common theme: the victim, a woman, does not behave in the way the perpetrator, a man, wants her to, be it by turning down his advances, separating from him, or even using a cellphone. The perpetrator believes that women should only live to obey and serve men, so that when his expectations are not fulfilled, it is acceptable for him to beat or even kill women. Equally, a man who cannot control a woman and obtain obedience is less of a man. “Look after your sister, otherwise she’ll get herself in trouble”, read the message received by the brother of Amine Demirtas a short while before he electrocuted her to death for using a cellphone when he had forbidden her to do so. Subtitled, “Be a man, get her under control”. Thus, honour killings, or when someone murders a member of their family to restore the family’s honour in the eyes of the community, also stem from a problematic and reductive view of femininity and masculinity.

This view is not just shared by a handful of degenerate men. Its roots are deep within the Turkish culture, shared by members of the conservative ruling party, the Justice and Development Party (AKP); including Turkish President Recep Tayyip Erdoğan. Indeed, Erdoğan firmly believes that women are not equal to men and that they can be reduced to the sole role of bearing and raising children. Once making efforts, at least on paper, to address gender-based violence and empower women, the Turkish government increasingly stands behind figures that promote the idea that women should serve men, even inculcating this to young students through the education curriculum.

Because the government supports a traditional model of family unity, in which divorce, separation, and women’s economic independence have no place, it views women’s rights movements denouncing femicide, rather than femicide itself, as a threat. Thus, in July, it brutally repressed protests held in reaction to rising femicides, and women protestors suffered from abuse and violence at the hands of authorities. It also wants to remove important legal protections against domestic violence. The situation in Turkey is clearly compounded by the lack of freedom of the press, permitting disinformation and preventing any real discussion of the causes of femicide and the domestic violence that almost always precedes it. The way femicides are reported is sensationalist, emphasising details about the victim. It omits the political and social context, authorities’ failure to act, prior domestic violence, and implicitly legitimises excuses provided by the offender. In Turkey, under the complicit eye of those in power, women die for making their own choices.