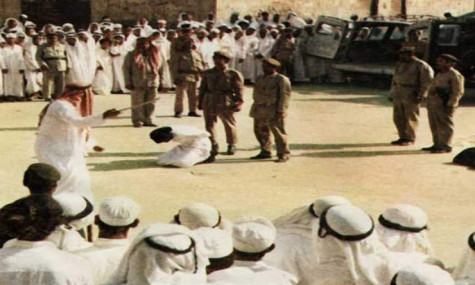 On a Range of Charges Including Inciting Sit-ins and Protests, Eighty-One Men were Executed in Saudi Arabia on March 12, 2022- Just Three Months Ago. This was- The Largest Mass Execution in Decades.

It is known forty-one of these men were Shia. Of them, only three were executed on a charge of murder. In a report by Human Rights Watch on March 15, 2022, “Saudi activists have said that none of the 41 Shia men executed were children at the time of the crimes they were accused of committing. It is unclear whether any of the others were.”

Signs of Progress- are Dubious at Best.

In 1996, Saudi Arabia ratified the United Nations Convention on the Rights of the Child, the most important international treaty on the rights of children. In 2014, they passed their own bill of law, the Child Protection Law. The Executive Regulations of Child Protection Law, the document produced by the Kingdom of Saudi Arabia’s Ministry of Social Affairs, which outlines all the protections covered by the Child Protection Law, defines a child as, “every human being below the age of eighteen”(Article 1, Item 1). It is stated in this document that the Child Protection Law forbids, “discriminating against children for any ethnic, social or economic reason”  (Article 3, Item 11) and bestows the responsibility to protect children upon all relevant authorities, which includes the Ministries of Justice, Islamic Affairs, the Interior, Education, Human Rights, and nearly every government, religious and military body, “Every public or private Authority entitled to provide the child with protection” (Article 1, Item 5, Sub-item 31).

It would seem by the long list of inclusions of “relevant authorities,” only the King himself stands outside the obligation to protect the children within his kingdom. Saudi Arabia has long been urged to rectify a great number of child rights violations and to eliminate the death penalty for children under 18, yet, Saudi Arabia is still, today being called to the table by the United Nations Committee on the Rights of the Child, the organization charged with reviewing the status of each member state in upholding the Convention.

The Saudi commitment to human rights is full of contradictions. This practice of “catch and release” then catch again, has been going on for decades.

Abdullah al-Huwaiti is a current example. Announced widely throughout the press worldwide that Al- Huwaiti, who was arrested in May 2017 at age 14, and sentenced to death following confession under torture, had his sentence overturned in November 2021 only to find himself on death-row once again this year, March 2, 2022.

Now at nineteen years of age, Abdullah al-Huwaiti could soon be executed for a crime he did not commit!

On May 31, 2022, United Nations News posted, “We are alarmed by the confirmation of the death sentence against Mr. Al-Huwaiti, on 2 March 2022, without initiating any investigation into the allegations of torture or determining the veracity of the coerced confession of guilt.”

Some young men formerly on death row have been released. Ali ar-Nimr was released in October 2021, which is a blessing his uncle, Sheikh Nimr al-Nimr, a prominent Shia cleric, did not receive, as he was executed in 2016 (BBC News). Others, Dawoud al- Marhoun and Abdullah al-Zaher have had their sentences reduced to 10 years in prison, which is a very long time in a young person’s life.

Yet, others, accused of their crimes when under the age of 18, remain on death row: Sajjad al-Yassin, Jalal al-Labbad, Yosuf al-Manasif and Hassan Zaki al-Faraj are currently in need of our attention.

Without continually engaged publicity and international pressure from Human Rights organizations, the Saudi government will continue to shed the blood of any young person with the spirit and heart to speak up against injustice through torture and take their lives in the cruel fashion akin to the Dark Age of Europe if they cannot be silenced.