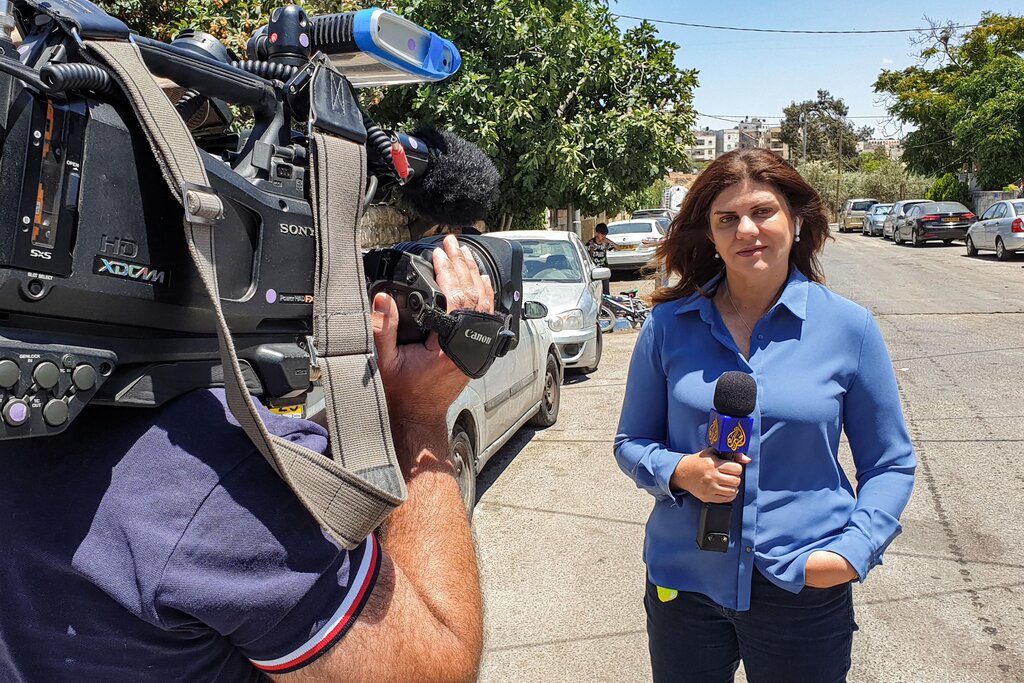 On May 11, Shireen Abu Akleh, a Palestinian American and journalist for Al Jazeera, was killed in West Bank. She was shot during clashes between the Israeli military and Palestinian gunmen. The video broadcast by Al Jazeera does not show Ms. Abu Akleh being shot but shows the chaotic aftermath of other journalists calling for help. All the journalists present were wearing vests with “PRESS” written on them.

Al Jazeera holds the Israeli military responsible for the killing but the Israeli military has said the circumstances surrounding the killing were not clear, citing that it could have been the Palestinian gunmen. Israel’s minister of defense, Benny Gantz, said “It can be Palestinians who shot her. Tragically, it may be on our side. We are investigating it.” The ongoing investigation surrounding who fired the shot that killed Ms. Abu Akleh revolves around the fired bullet. Palestinian officials have refused to let Israeli officials examine the bullet, citing that Israel could not be trusted in the investigation. Israel claims that the bullet is essential in determining who ultimately fired the fatal shot.

Ms. Abu Akleh was seen as a role model for Palestinian girls everywhere. Her death marks a tragic moment in the bloodied and turmoil conflict between Israel and Palestine. As her coffin was carried through Ramallah, a Palestinian city in West Bank, people chanted, “With our souls, with our blood, we sacrifice for you, Shireen.” Ms. Abu Akleh was a trailblazer throughout her 25 years of reporting and her death marks a year where journalists have been increasingly targeted and even killed in conflicts all around the world. Many journalists have been targets of governments and other media outlets trying to silence their freedom of speech and press. Ms. Abu Akleh’s contribution to journalism will be remembered, as well as her committment to freedom of speech and press.