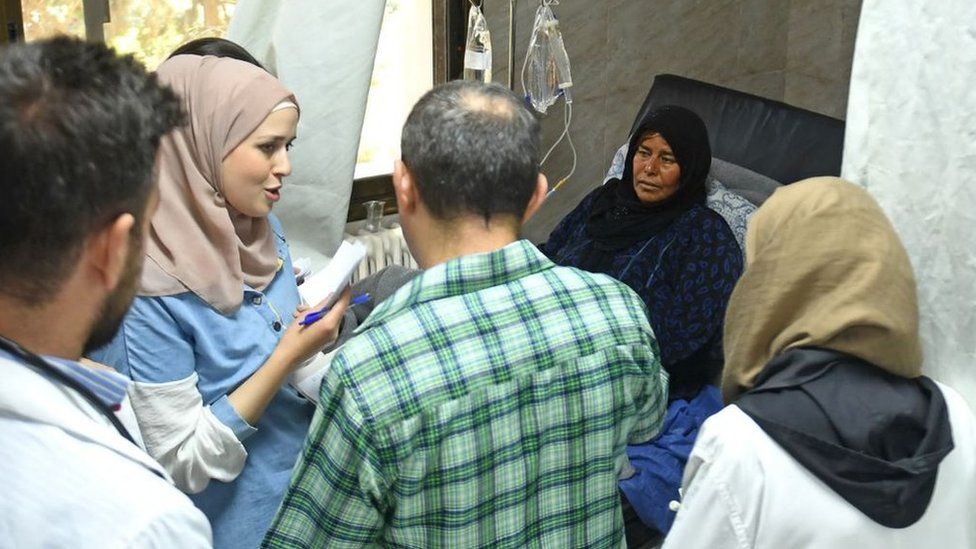 For centuries, the stream of the Euphrates has run steadily across Syria—providing the area with a longstanding source of water used for the country’s drinking supply, irrigation systems, and hydropower production. The insurmountable basic human necessities and monetary contributions the river has graced the land with have allowed it to become one of the most historically prominent rivers in Western Asia. Though, this same vital resource that millions have come to depend on has recently been linked to a cholera outbreak that is ravaging some of Syria’s largest cities.

On September 10th, after weeks of numerous unverified reports of worrying signs and acute symptoms, the United Nations released a statement declaring the cholera outbreak an ongoing threat. Although only about two hundred cases have officially been confirmed, the estimated current total is reportedly upwards of over a thousand—with at least twenty-four inducing fatal results.

While cases have been reported in Deir ez-Zor, Damascus, Ar-Raqqa, Al Hasakeh, Lattakia, Hama, and most recently, Jarabulus, a majority have plagued the city of Aleppo, Syria’s second most populated city. Aleppo’s cases make up over seventy percent of those infected, and reports of the infection in other areas have been connected to people who traveled from there.

The outbreak is assumed to have begun and circulated as people drank and utilized contaminated water from the Euphrates—whose water levels have diminished in recent years due to rising temperatures caused by Earth’s changing climate and neighboring Turkey’s strict water restriction in the North. According to Imran Riza, a UN Resident Coordinator for the Syrian Arab Republic, “much of the already vulnerable population of Syria is reliant on unsafe water sources, which may lead to the spread of dangerous water-borne diseases, particularly among children.” The unfortunate instability of Syria’s meteorological and socioeconomic environment—due to domestic and foreign perpetrated wars and issues—has engendered a water crisis that deserved immediate action ages ago. Riza stated that Syria’s water shortage and concerns with the water’s purity are issues that the United Nations has “been sounding alarm bells on” for years. It was only due time until something as dismally grievous as a cholera outbreak were to occur in an already vulnerable community. With thousands affected, this week, the World Health Organization sent a plane filled with cholera kits, rapid diagnostic tests, water rehydration solutions, and other materials to the city of Damascus—with more help on the way. Though, the risk of delay in dispatching necessary aid exists as Israeli forces have recently attacked Syrian airports. In the past few weeks, Israeli air strikes have killed Syrian soldiers and damaged the Aleppo and Damascus airports. The attack in Damascus put the airport out of commission for roughly two weeks, preventing organizations delivery of essential aid and resources throughout the country. With this additional threat at hand, dispatching necessary aid during the outbreak is immensely time-sensitive.

Riza concluded his public statement with a plea, “the UN in Syria calls on donor countries for urgent additional funding to contain the outbreak and prevent it from spreading.” With the Euphrates connection to other countries and the possibility of travel, the threat of an increase in cholera cases is imminent, and said threat puts the entire Middle East at risk. Resources for containment and further prevention are critical, and assistance from global organizations and foreign countries may be the only path to defeating and alleviating the suffering brought on by the water crisis in Syria.

If you would like to help directly and offer your support, you may donate here: https://opencollective.com/raise-the-voices/projects/syrian-water-crisis-cholera?status=projectCreated

An English student with ardent interest and adoration for journalism.