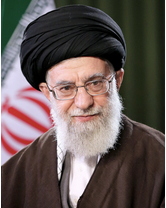 The current State of Human Rights in Iran.

Ultimate authority in Iran is held by Ayatollah Ali Khameini, who has held the position of Supreme Leader since 1989.

Iranians who protest injustices are often the victims of violent suppression. protesters who were met with violence include, “Several Iranian veterans protesting in front of the Iranian Parliament over the government’s failure to pay bonuses and compensation were arrested by security forces” (RFERL). In addition, Filmmaker Jafar Panahi is being forced to serve a 6-year prison sentence for “producing anti-government propaganda”.

The Iranian Government strictly restricts people’s rights to expression and assembly. Protesters in Khuzestan and Lorestan, which are both majority Arab, were shot while protesting against their lack of access to clean water (Human Rights Watch). Iranian Human Rights Activists are often arrested and detained. Iranians are subjected to online surveillance and can be punished for their activities (Human Rights Watch).

Iran is an authoritarian theocracy. Though it has a President and Parliament, elections for both are not recognized as being free or fair. According to Human Rights Watch, “Ebrahim Raeesi, who became president in unfree and unfair elections in June, previously oversaw the country’s abusive judiciary and is accused of overseeing the mass extrajudicial execution of political prisoners in 1988.”

There are signs that the problem will continue to get worse. Recently, Mohammed Kazemi became the new leader of the IRGC Intelligence Organization. This has led to an increasing crackdown on dissent. Hadi Ghaemi, the Executive Director of the Center for Human Rights in Iran said, “The new intelligence chief is clenching the state’s iron fist to crush the increasing attempts we’ve been observing at opposing repressive state policies and holding Iranian officials accountable.”

Iran does not just violate human rights domestically, it supports human rights abusers in other countries as well. When Russian President Vladimir Putin visited Tehran recently, he met with the Supreme Leader, who blamed NATO for Russia’s invasion of Ukraine (BBC).

Violent crackdowns are common in authoritarian countries such as Iran. Human rights violations will continue without action. Therefore, it is important for international authorities to speak out against human rights abusers, or risk enabling more abuse.