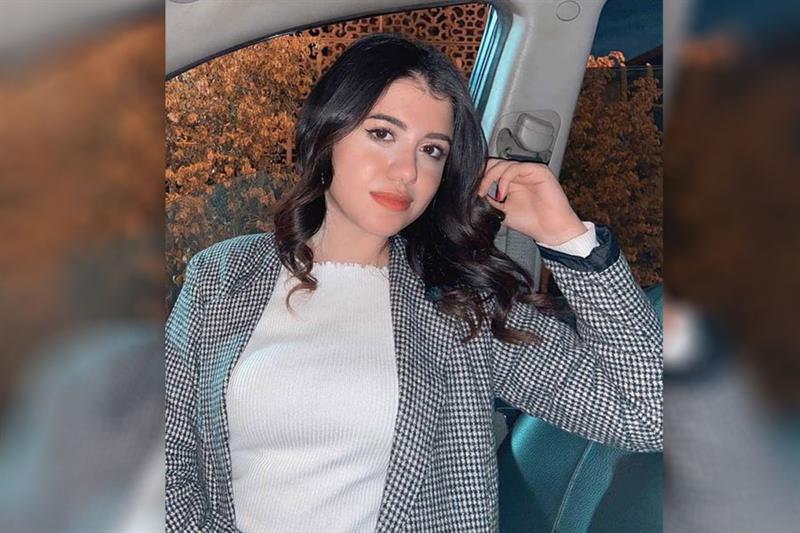 “Our Daylight Nightmares”: The Murder of Nayera Ashraf

“Women deserve justice and to feel safe” these words reverberated through Twitter on June 20th, 2022, in response to witnessing Nayera’s Ashraf’s public execution. Only 21 years old, Nayera was exiting a bus when her stalker Mohamed Adel attacked her with a knife and murdered her at the steps of Mansoura University, where they were both college students. Not only did this unimaginable scene happen in broad daylight, but bystanders filmed the grisly crime on their phones. Thankfully, some witnesses sprang into action and tackled Mohamed, restraining him until the authorities arrived at the scene. How could this happen? It was as if evil had seeped into the light and ordinariness of everyday life and transformed it into what Maya El Helou, a Lebanese feminist and political activist, calls “Our daylight nightmares.”

Terrifying details started to emerge after Nayera was pronounced deceased, and the footage of her murder went viral online. According to her family, Mohamed was a classmate of Nayera’s who was obsessed with her, stalking and harassing her with threatening texts if she continued to reject his advances, including his proposal. The interrogation of Mohamed only confirmed the family’s accusations when he admitted to stabbing her to death because she had “repeatedly turned down his marriage proposals (Mirror, 2022).” The stunning confession by itself is brazen and unapologetic. However, Mohamed also adamantly believed he was the real victim, and her murder was mere revenge for Nayera refusing to marry him.

On June 28th, an Egyptian court sentenced Mohamed to death.  The evidence against him is insurmountable, including a confession, phone and surveillance camera footage of the murder, and threatening messages from Mohamed found on Nayera’s phone. Egypt Today reported that Mohamed claimed he and Nayera were dating and that her family disapproved of their “love story.” It is important to address the conflicting and contradicting coverage from mainstream media corporations that deploy misogynistic and religious beliefs to minimize and justify Mohamed’s murderous acts. Regardless of the relationship between Mohamed and Nayera, this unprecedented brutal act must push us to question “Love.” If we were to accept Mohamed’s fantasy of a “love story,” as El Helou reminds us, we must also accept “the love knives that keep cutting through women’s flesh”.

Love Knives exist only in a system of patriarchy that confuses love with violence and ownership to attain power over another person. Only under patriarchy is the institution of marriage so powerful it permeates our religious and cultural beliefs to strengthen misogyny. Only under a hetero-patriarchal lens of understanding is it possible for Mohamed to even think of saying “love story.”. He was not her husband, boyfriend, or friend but a stalker who used his masculine privilege to access and kill Nayera. Outside of heteronormativity, this man was nothing to Nayera. Yet he spews lies in court and has the privilege to be defended by a prestigious lawyer who promises the public that he will get Mohamed’s death sentence appealed.

Additionally, many Twitter users created hashtags #Mohamed Adel is a Victim, #Trial for Nayera’s parents, #Adel is the victim of exploitation, and the extremely disturbing hashtag #Pay blood money to reduce his sentence. “Nayera’s family was surprised to receive messages on their social media accounts from strangers offering them millions of pounds in blood money in return for pardoning the killer. (Al-Arab, 2022). The Twitter hashtags were filled with excuses and justifications that accepted Mohamed’s actions. For example, many users were victim-blaming by criticizing what Nayera was wearing and not wearing, as well as  saying she deserved death because she caused Mohamed “psychological” damage by rejecting him. Twitter users in support of Nayera and her family fought against the hate and the vitriol online. “Some users considered that what is worse than the crime itself is the justifications that some sexists, Islamists, and neurotics are making on social communication networks, which indicates that these people have become a majority in society (Al-Arab, 2022).” How is it possible that a man who has already been proven guilty in court and given the maximum sentence of death has a mass following to help fight for his life? Is justice no longer attainable for Egyptian women?

Women are afforded certain rights and liberties in public spaces, such as Nayera, who went to a University, chose not to cover her face, and was not married. In the public space, women are supposed to be safe from the violence lurking in their homes and free to go about their daily life because monsters only hide in dark corridors, ashamed of their crimes. A Twitter user defending Nayera posted the following Tweet: “7.7k members in a group supporting the murderer of Nayera Ashraf..if you needed proof that we live amongst monsters. The public and private spheres are collapsing into one dangerous space for women’s rights and liberation. The debate on Twitter instigated by those who accept Mohamed’s actions and are offering blood money for his pardon shows how this is no longer about Nayera and Mohamed, but about the patriarchal system where men, culture, and religion dominate. An indictment of Mohamed would mean an indictment of Egyptian society; therefore, they must collectively affirm and validate their misogyny. It is as if the patriarchal authority has given them the power to access immunity and kill within the social, cultural, religious, and gendered ideals to control women’s life and death.

This reaction occurs when Twitter users sympathize more with Mohamed than with Nayera, which is apparent in the cruel hashtags displaying no empathy. At this moment in history, it is frightening to think about the future of feminism in a world where women’s rights are regressing globally. Femicides in Latin America keep rising, and the recent overturning of Roe v. Wade further deepens misogyny and religion aimed at destroying the most vulnerable who do not have anyone to protect them and guard their rights. However, the overwhelming reality can be suffocating. Three days after Nayera’s public execution, Iman Rashid, a college student, was stabbed at her university campus by her husband after finishing an exam in Jordan’s capital of Amman. According to witnesses, Iman’s husband told her he “would kill her just like the Egyptian man killed the young woman.” Such words should give us chills through our spine. Who will be next?

According to the Edraak Foundation for Development and Equality: “There were 813 cases of violence against Egyptian women and girls in 2021, compared with 415 such crimes in 2020.” This is not a problem of domestic violence or a “surge” of crimes of passion. This is genocide against Egyptian women normalized by state impunity which functions similarly to the blood money that the family was offered to pardon Nayera’s murderer. Nayera’s father responded to the offers by stating that “Millions of pounds were not worth a single drop of blood from their daughter!” (Al-Arab, 2022). We need to follow the footsteps of Nayera’s family and protect each other from the monsters and hold them accountable when they are caught. For inspiration, I leave you with El Helous words:

“Our imagination is saturated with horrors that end up materializing. So the question becomes: are we still capable of re-imagining what justice means and how to organize for a safer and fairer world? Atrocities accompanied by recycled solutions have been suppressing our imagination for so long. However, it is precisely that part of our existence that we most need to lift ourselves again and mobilize.” -Maya El Helou