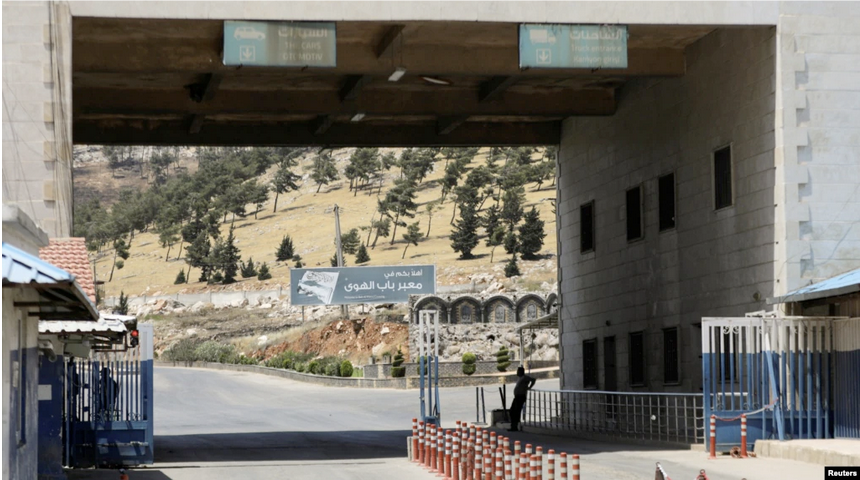 The Bab al-Hawa Border Crossing: What it is and Why it Matters

Bottom: A map showing the crossing, as well as others that are not operating.

Aid to millions of Syrians is in jeopardy. On July 10, U.N. resolution 2585 expires. This resolution keeps the Bab al-Hawa border crossing open. It is important that the U.N. The Security Council extends the resolution. Because of the ongoing Civil War, it is very important that humanitarian aid is able to be brought into the country.

This is why the Bab al-Hawa crossing is so important. Previously there were crossings at Bab al-Salam in the Northwest, al-Yarubiyah in the Northeast, and al-Ramtha in the Southwest, as shown on the map above. It has become the only way for urgently needed humanitarian aid to enter Northwestern Syria (Physicians for Human Rights). It is authorized by the United Nations, however the authorization expires on July 10.

Syria has been in a Civil War for the last 11 Years. The Civil War began in March 2011 when President Bashar al-Assad violently cracked down on pro-democracy protests. The BBC reports that 14.6 million people in the country are in need of humanitarian assistance. A majority of the Syrian population has been forced out of their homes as a result of the conflict. Currently, the majority of the country is controlled by the government, but various opposition groups control large portions of the country.

The Bab al-Hawa crossing has become more important as a result of COVID-19. The pandemic has caused existing problems in Syria to become worse, and according to the New York Times only 10 percent of the country’s population is fully vaccinated.

Russia, as well as possibly China, could use their vetos in the U.N. Security Council to stop the crossing from being open. Russia has threatened to do so before, and has been able to shut down three other border crossings shown above.

Russia is a close ally of Assad, and wants to see aid be delivered through the Syrian Government rather than through Bab al-Hawa. However the government has withheld aid before, so there is no alternative to Bab al-Hawa. This is supported by the World Health Organization, who say that if Bab al-Hawa is closed that there will be more illness and death, because without the crossing important aid will not be able to get in.

The U.N. Secretary-General Antonio Guterres describes renewing the crossing as a, “Moral Imperative.” (Voice of America). It is clear that Russia and China must not use their veto to end the Bab al-Hawa crossing.