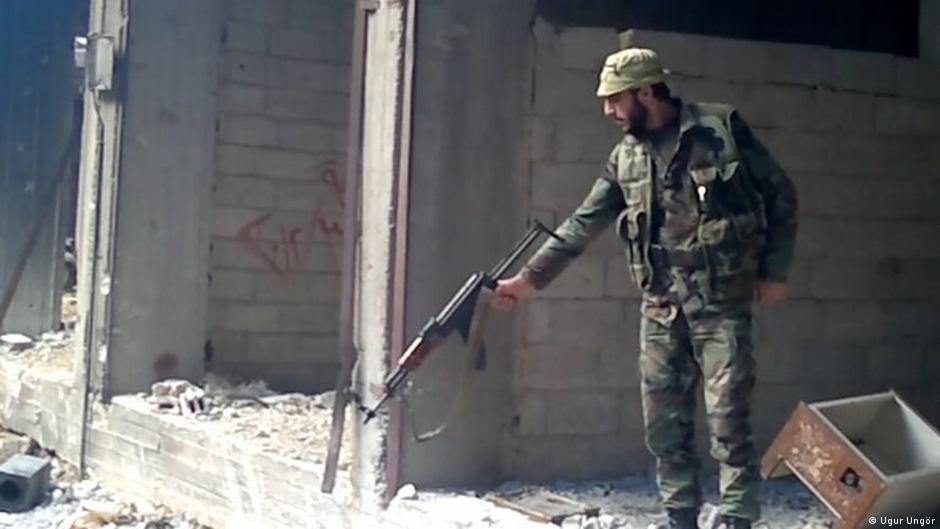 The Deepest Darkness: Execution Pits as War Crimes in Syria

“What should I do?” “You run.” This is a chilling conversation captured on footage between a detained civilian and a Syrian intelligence officer, Amjad Youssef. Youssef callously shoots the blindfolded and handcuffed man in the back as he runs towards a pit of dead bodies. Martin Chulov, a Middle East correspondent for the Guardian captures the merciless efficiency of the Syrian state military in the following statement: “The readiness in which these victims are walking towards their death, the assurances that they had clearly been given that they were being protected but instead were executed and mocked before their deaths. The readiness of the Syrian officers to show their faces as a show of their ruthlessness makes it one of the most indictable videos from the Syrian conflict.”

According to Aljazeera News, more than 465,000 Syrians have been killed in the Syrian civil war and over 12 million have been displaced (Aljazeera. 2018). In 2011, a series of triumphant uprisings by people in the Middle East who had enough of authoritarian governments led to what is known as the Arab Spring. However, the Syrian people were not able to oust President Bashar al Assad as quickly as their neighboring Middle Eastern countries because al Assad ordered his security troops to crackdown and brutally repress Syrian protesters. As a result, a civil war ensued in which Syrian rebels formed The Free Syrian Army to dismantle and remove the Assad regime from power. However, with the support of Iran and Russia, Assad and his army emerged victorious from the civil war and continue to dominate the country’s military and political domain.

Subsequently, in the backdrop of state terror and impunity of the al Assad regime, the Tadamon Massacre occurred April16, 2013 in the Damascus suburb of Tadamon. This massacre resulted in the murder of forty-one unarmed civilian men who according to Chulov “were unaligned to either side and had accepted Assad’s protection” (Chulov, 2022). Many believed that the purpose of their execution was to send a message to all civilians living in Damascus not to join the opposition since there was an active armed group nearby Tadamon. Youssef and the other Syrian intelligence officers in unit 227 deceived these men into thinking they were protected and being led to their safety. However, the plan was to kill them, dump them in execution pits, burn their bodies and fill up the pits to cover up their war crimes and eradicate incriminating evidence.

In the Tadamon Massacre there were no witness accounts to recount the events that took place on April 16, but one underestimated tool that can not be concealed is video evidence. The heartless actions demonstrated by Youseff are incomprehensible yet he and his officers displayed an added degree of cruelty by recording their war crimes. Thanks to the bravery and humanity of a militiaman who found the footage and leaked it to activists and academics living in Europe, the Tadamon Massacre was brought to life for everyone to reckon with the haunting question of how many more execution pits are hidden throughout Syria.