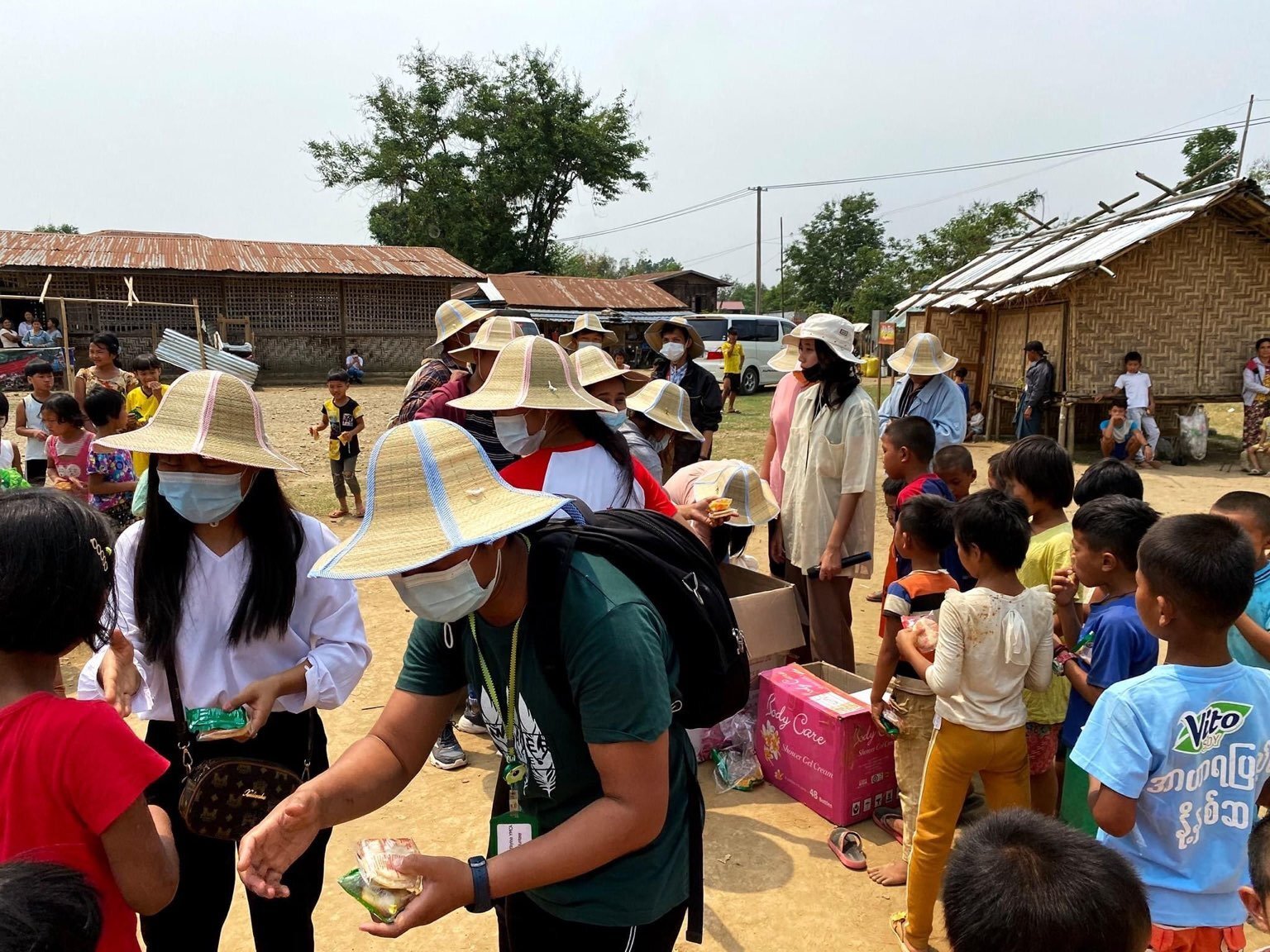 Donating to Myanmar is More Critical Than Ever

Organizations across the world have organized large-scale efforts to assist the people of Myanmar, including Raise the Voices, which has joined fundraising efforts to provide aid to critical populations and advocate on behalf of the thousands of civilians who have had their voices silenced.

More than 700 people, 40+ of which were children, have lost their lives due to violence incited as a result of Myanmar’s military coup. Over 500 Burmese have been detained at anti-coup protests and many have been forced to relocate from their homes and have been deprived of their most basic human rights: food, shelter, and liberty.

Funds go towards those who have lost their jobs, had their homes raided, and have been arrested or detained due to violations of penal code 505, which punishes statements that “may be induced to commit an offense against the State or against the public tranquility.”

Burmese citizens who are found to have broken this penal code are silenced and unable to return to their normal ways of living. Supporting local journalism through donations allows these organizations to bring attention to current human rights abuses facilitated by Myanmar’s military.

Your donation is so critical because “it ensures less hunger [and] poverty and supports the return of a better livelihood [for the internally displaced]” says a Burmese activist.

“[Donating]—it’s a message of solidarity, care, and love,” an on the ground human right activist tells Raise The Voices.

How did we get here?

The coup d’état in Myanmar began early in February of 2021. Officials from the National League for Democracy (NLD) were democratically elected but were removed by the Tatmadaw (Myanmar’s military).

The forceful overthrow of power defied both the ordinary democratic process of the country and went against the general will of the Burmese people.

Myanmar’s military alleges that the results of the election were unconstitutional with high levels of voter fraud and corruption. However, there are little to no credible sources that support these claims or provide evidence of significant unfairness.

Rather, many believe that the Tatmadaw seized the perfect conditions of confusion spurred by the pandemic and other socioeconomic factors to gain control of the country.

Though military coups have occurred before in Myanmar, this current overthrow amidst a pandemic has proved to be a uniquely challenging experience entirely.

Through these funds, we hope to be a part of a larger movement to establish a sustainable outlook for Myanmar’s future.

Please send donations to donations4myanmar@raisethevoices.org via PayPal – they will be sent directly to those needing support in Myanmar