Hungary’s Attack on the Free Press

Since the 1998 election of Viktor Orban, Hungary’s free press has been under relentless attack. Hungary currently ranks 87th out of 180 countries regarding the freedom of their press and media outlets, being described as only “partly free” by the Freedom House.

In March 2020, a criminal code was amended making it a crime to spread “fake news” or any media that is considered “fear mongering”. This code was passed to regulate public opposition to the government’s response to the COVID-19 pandemic.

By July 2020, There had been 134 criminal investigations opened to investigate potential “fear-mongering” regarding the COVID-19 pandemic. If convicted, there is a maximum of 5 years in prison. 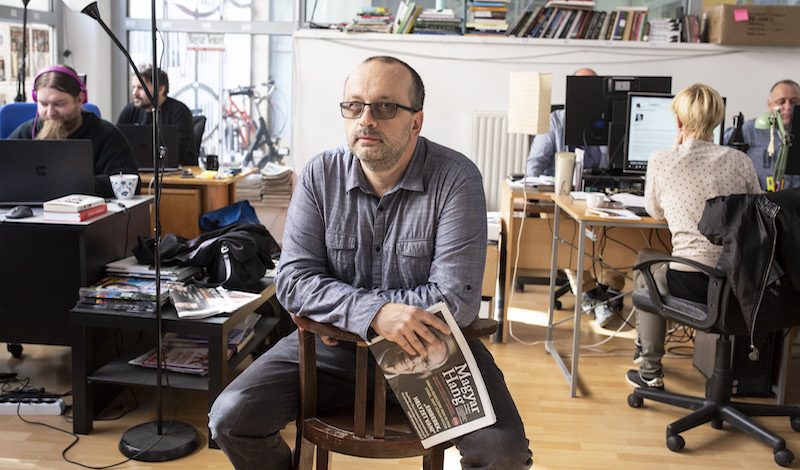 Csaba Lukács, head of Magyar Hang, has gone to the media about the struggles of covering the COVID-19 pandemic amidst new parliamentary media laws. Lukács states in an interview with CPJ that “none -not one- of our COVID-19 related questions have been answered by the government, although there are daily press conferences and we ask several questions everyday”. Lukács and his team have found it increasingly hard to report information that has not been officially confirmed by the government, which could lead to the arrest of him and his team. He has received threats from officials warning him about the information he releases, stating the legal action they will take if the information is not taken down. After contacting hospitals for information regarding COVID-19, instead of being met with answers, they sent him back highlighted law documents showing what he could be charged with for spreading disinformation. Magyar Hang is also receiving less sources as people are more careful when talking about the government. No printing company would dare to print the Magyar Hang in Hungary as it may cause a fallout with the government, making Lukács print his weekly issue in the neighboring country, Slovakia.

This is nothing Hungarians haven’t seen before.

In 2010, Hungary passed a contentious media law that legalized the fining of journalists if their work is considered “unequal” or “prejudiced” against the Hungarian government, which is determined by a government-appointed media council. These fines are upwards of $10,000 US dollars This law put crime coverage to a halt, allowing only 20% of air time to cover criminal-related content. 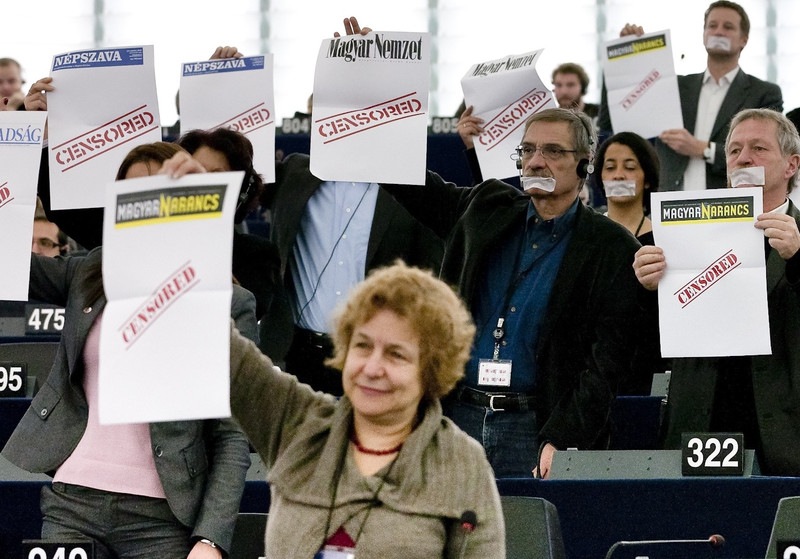 During the unfolding of the COVID-19 pandemic, Hungary’s Parliament passed a set of laws allowing Prime Minister Viktor Orbán to rule by decree. One of these said laws made it illegal to criticize the government’s response to COVID-19, and put over 80% of media coverage in the hands of Orbán. As a result of this, many journalist networks and news outlets depleted as it was getting harder to gain support for articles not centered around government propaganda.

How does this relate to past times?

Both current and past laws regarding media coverage have caused serious debates over Hungary’s democratic-republic. These changes in public freedoms have been compared to totalitarian politics between 1949 and 1989 in Soviet Hungary . Hungary’s current government standing on the media is inching closer and closer to that of Soviet Russia. During and before the USSR was established, Glavlit (General Directorate for the Protection of State Secrets to Press) was in place to censor advertisements, labels, press, news media, and books. This played as the official censor for state secrets and also kept governmental opposition swept under the rug. Full government control over the censorship of Hungary’s people is damaging to the interworking of democracy, as we have seen previously during the Soviet Union.

New codes and amendments passed have been described as coup-like and anti-democratic. Laws against public freedom are passed regardless of public opposition or protest, creating immense tension between the government and people. This tension is causing many resignations and strikes among journalists. Hungary’s top news site Index had over 70 employees resign in July 2020, claiming the government had “[launched] a bid to destroy and tame their website”

The continuous attacks on Hungary’s free press by Orbán and the Fidesz party is turning Hungary’s once democratic and constitutional government into one controlled by a media dictator. People are being taken from their homes and thrown in prison for a simple social media post criticizing the government. Will Hungary’s free press ever really be free?