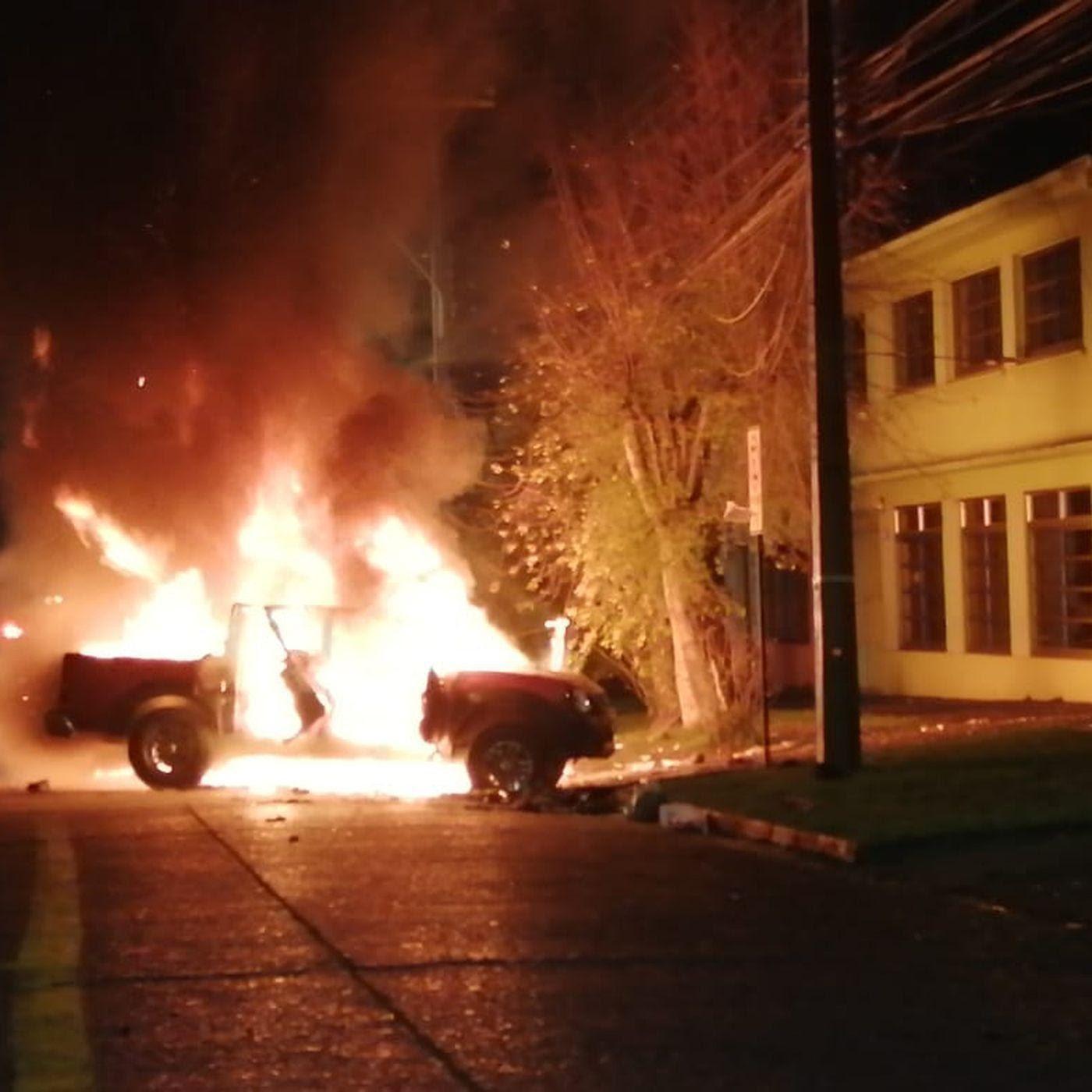 On the night of August 1, an organized group of people with sticks, stones, and torches gathered in the central square of the southern city of Curacautín (about 600 km south of Santiago) aiming to end the occupation of the municipality by Mapuche communities. The Mapuche had taken over the building to demand from the government a solution to the hunger strike that the spiritual leader, Machi Celestino Cordova, and other Mapuche political prisoners have maintained for more than 80 days across prisons in the south of Chile.

The Mapuche are demanding that the government of Sebastián Piñera make two simple and legal changes in the way in which Mapuche prisoners serve their sentences. The first is to apply Article 10 of ILO Convention 169, which urges that indigenous prisoners serve their sentences in places where their cultural norms and worldview are protected. And that at a time when the country is struggling to control the COVID19 pandemic, Mapuche prisoners, as is the case for hundreds of Chilean prisoners, be allowed to serve their confinement in their homes and communities. This would reduce prison overcrowding and the risk of contagion. 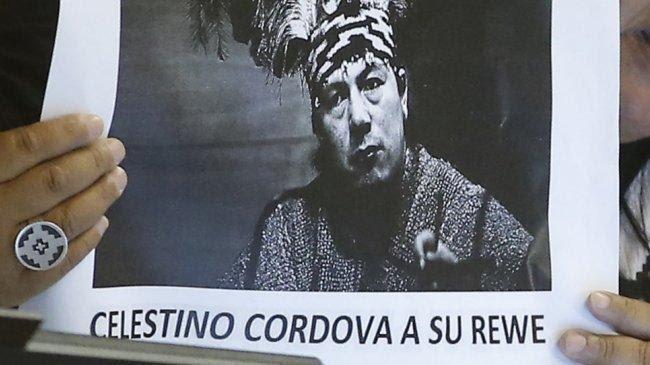 Mapuche political prisoners have been mostly convicted or are being tried by legal processes with low evidentiary standards. Social protests have erupted as Mapuches seek to recover their ancestral lands and reject encroachment of their territories by extractive industries (forestry, hydropower, salmon fisheries, mining, and real estate). They demand political self-determination and the historical truth on the impact on the Mapuches of the occupation of their lands by the Chilean state.

The “Ku Klux Klan” Alliance of Landowners and Police

The night the mob led by a small organized group violently evicted the Mapuche from the Municipality of Curacautín reverberated among the Mapuche people, but also within Chilean society. Three aspects of the events are noteworthy: the mob’s racist chants and the calls for “death to the Mapuche,” the coordinated way in which the organizers operated, and the silence and inaction of the police.

Two key audio recordings circulated on social networks after the events and they demonstrate the confluence of the actions of state officials, small extreme-right groups, and the violent state colonialism that exists in Mapuche territories.

One is the voice of the president of the questionable Association for Peace and Reconciliation in Araucanía (APRA), Gloria Naveillan, who encouraged farmers to “go with sticks” at midnight to the Victoria Plaza. APRA is a group of ranch owners, merchants, and industrialists who control the economy in Southern Chile.

The most serious is a conversation between an unidentified man and a Carabineros (police) officer in which the man demands that they be allowed to get on with it: “I need you to authorize us, we have a meeting point, let us take out those Mapuche if the public prosecutor and the Mayor do not authorize … let us, and you just watch,” is heard on the audio.

Said and done. The racist mob set fire to Mapuche vehicles and entered the municipality where they beat up men and women. Only after the violence started did the police intervene and enter the municipal building. It is also noteworthy that the police only arrested Mapuches and no member of the violent mob.

All this happened during a night-time curfew when people are not allowed outside their homes and when the military and police control the streets. It was also a day after the visit to Temuco of the new Minister of the Interior, Víctor Pérez, who urged the mayors to “request the eviction” and who stated that “in Chile, there are no political prisoners.”

Víctor Pérez Varela is a long-standing Pinochet-era politician. He is a lawyer who in 1981 was appointed by the civilian-military dictatorship Mayor of Los Angeles in the Bio-Bio region. He was a Deputy in the House of Representatives from 1990 to 2006, and a Senator from 2002 until now, always representing UDI, the small but powerful extreme right-wing party. During the Pinochet dictatorship and when he was Mayor of Los Angeles, he was identified as a collaborator of the Nazi organization led by Paul Schäfer Schneider, the terrifying Colonia Dignidad, which after World War II operated an economic and political enclave in the south of Chile.

Social protests on behalf of the political prisoners and the demands of the Mapuche people have multiplied after the events in Curacautín. There has been pushback against the racism of small organized groups of landowners and politicians, and the way racism operates across public institutions, especially the court system and the Ministry of Justice.

The prisoners demand their release from prisons on the grounds of intolerable living conditions in the prisons and the inherently high risk of COVID19 contagion. This demand is in accordance with recommendations made at the international level, including by the United Nations High Commissioner for Human Rights, Michelle Bachelet. They also point out that the Chilean government has arbitrarily granted freedom to several common criminals, but not to Mapuche prisoners.

The most scandalous part of the arbitrary prison releases is that two murderers of Mapuche community members—the policeman who shot Camilo Catrillanca and the policeman who killed Alex Lemun—are allowed to serve their confinement under house arrest. In addition, the police officers involved in the Hurricane Case, a botched operation of the Police Intelligence Services in which police generals participated, were also initially released into house arrest.

The Solidarity of the Chilean Society

The events of Curacautín were criticized by the President of the Senate, Adriana Muñoz, who together with other parliamentarians urged the government to enter into dialogue with the spokesperson of the Mapuche political prisoners and to immediately apply Convention 169 to address the protest of the prisoners.

Meanwhile, the Society of Jesus in Chile, a long-standing association in the Catholic Church (of which Pope Francis is a member), affirmed that they “reject violence and arbitrariness in the actions of the state of Chile and of Carabineros” and called “to immediately stop the violation of rights by the State of Chile toward the Mapuche People.”

Chilean organizations and universities have also demanded that the government urgently find a solution to the strike of the Mapuche prisoners. “The serious crisis in La Araucanía will not be solved by recourse to judicial and police means, resorting to repression and violence by the state and paramilitary groups,” says a statement signed by a group of Chilean historians.

Another statement from the University of Los Lagos in Osorno, affirms that the events in Curacautín are the result of “a historically accumulated racial hatred that has its origins in the colonial occupation of the whole Mapuche territory, initiated in the mid-nineteenth century through the war euphemistically named ‘Pacification’ of the Araucanía and the German colonization of the Fütawillimapu in the present provinces of Valdivia, Osorno, and Llanquihue.”

The Hope of a New Plurinational Constitution

An important aspect of the Chilean Constitution has also received attention during this period of racist violence. The Constitution, created by Pinochet and subject to only small changes during the past 30 years of civilian governments, does not recognize any Mapuche rights or those of other indigenous peoples. This despite the fact that more than 12 percent of Chile’s population is recognized as indigenous.

The iconic image that fluttered in Dignity Plaza during the outbreak of social protests in October 18, the Mapuche flag, symbolized the demands of the Mapuche people united with the Chilean people on a path toward a dignified life. It is a symbol of the need to replace the Pinochet Constitution with a democratic and plurinational constitution.

That is the flag and the dignified path forward: demilitarization of the Mapuche territories, establishment of the truth on the genocide carried out by the Chilean State, return of land and territorial control, the right to self-determination, and the defense of natural ecosystems, which for the Mapuche are spiritual.

Response from Pima County Recorder candidate Kim Challender regarding paper ballots and paper backups for e-pollbooks: ————————————————————– Thank you for…

To the New York City Council Members,I am a reporter with Raise the Voices, an advocacy journalism organization. We are…

Welcome to Raise the Voices

This site is for free people everywhere to support each other and raise each other’s voices up. Raise the Voices…

Portland and Your Own Hometown: What to Know and Do.

Operation Legend:Trump announced in a recent speech that he would be sending a “surge” of federal law enforcement to Chicago…