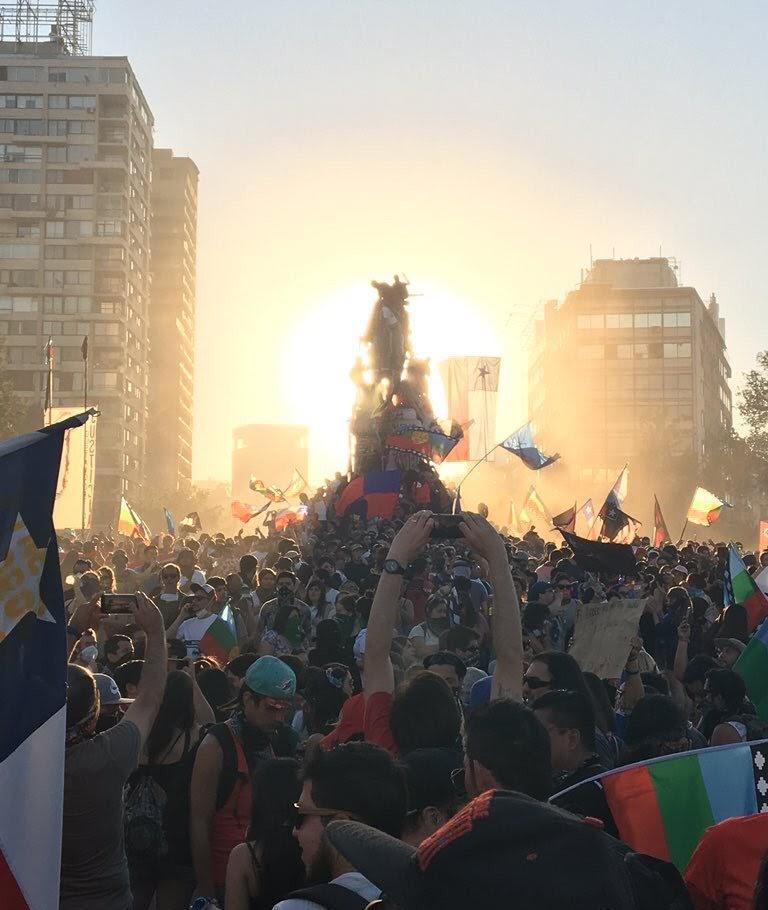 The Chilean Constitutional Convention would be the first, among all the continent’s constituent assemblies, to include direct representatives of the nine Indigenous Peoples recognized in Chile’s 1993 Indigenous Law 19,253.

As a result of large and persistent social protests, the Chilean Government agreed to a referendum on reforming the 1980 Constitution. The referendum date was set for April 26, 2020 but was postponed to October 25, 2020 due to the COVID19 outbreak. A yes vote to reform the Constitution would lead to the establishment of a representative Constitutional Convention that will draft the new Constitution. Despite widespread social protests and the devastating effects of the pandemic, one issue has remained central and is moving toward resolution. How will Indigenous Peoples (IPs) be present and participate in the Constitutional Convention?

In January, the Senate’s Constitution Commission held a number of dialogues that included indigenous representatives to gather observations and proposals. The Senate approved in plenary session the drafting of legislation, and charged the Constitution Commission with preparing a set of proposals by July 30, 2020. The Senate, however, has yet to consider the Commission’s proposals. Following consideration of the Commission’s proposals, the Senate will vote before sending the proposed bill to the Chamber of Deputies for ratification.

This legislation will be novel and noteworthy because the Chilean Constitutional Convention would be the first, among all the continent’s constituent assemblies, which will expressly include  effective representatives of the nine IPs recognized by Chile’s Indigenous Law 19,253 of 1993.

In other Constitutional reform processes in the Americas, IP participation was much more limited and extensively haggled over by political parties and governments. By approving the Law on Indigenous Seats in the Convention, Chile would be providing a strong signal and setting an example, as it has already done by mandating gender parity in the Constitutional Convention.

The reservation of seats for IPs is a powerful sign of inclusion. It recognizes them as political subjects with ancestral identity–as descendants of the first nations that inhabited these lands  before their discovery and conquest, and the imposition of nation states. It is important that IPs have proper representation in government because they are not an adjacent colony of people or groups. As the UN Indigenous Peoples Bill of Rights (UN, 2007) and the ILO Convention 169 indicate, these are peoples with their own identity. The national identity of IPs derives from their millennial presence in these lands, by their own and ancestral language, cosmo-vision, religion, culture, customs and organization.

The Senate has the opportunity to lead the way in transforming Chile’s society and institutions. Recognizing native peoples and their role as legitimate political subjects in the upcoming constitutional debates will be an important step toward a more inclusive society. It will leave behind a 200-year history during which IPs were excluded, marginalized and made invisible.

Given the social dynamics of recent months, it would be unthinkable to go back now, especially since the House of Representatives and the Senate agree on reserving  IP seats for Chile’s Constitutional Convention.

Portland and Your Own Hometown: What to Know and Do.

Operation Legend:Trump announced in a recent speech that he would be sending a “surge” of federal law enforcement to Chicago…

An Open Letter to the Mayor of Los Angeles on the Killing of David “Dizzy” Martinez.

To Eric Garcetti and others, I am a reporter with Raise the Voices, an advocacy journalism organization. We are writing…

Response from Pima County Recorder candidate Kim Challender regarding paper ballots and paper backups for e-pollbooks: ————————————————————– Thank you for…

To the New York City Council Members,I am a reporter with Raise the Voices, an advocacy journalism organization. We are…